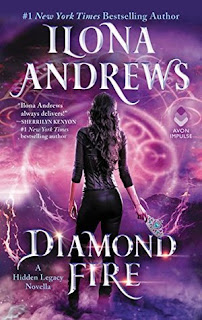 Catalina Baylor is looking forward to wearing her maid of honor dress and watching her older sister walk down the aisle.  Then the wedding planner gets escorted off the premises, the bride’s priceless tiara disappears, and Rogan's extensive family overruns his mother’s home.  Someone is cheating, someone is lying, and someone is plotting murder.

To make this wedding happen, Catalina will have to do the thing she fears most: use her magic.  But she’s a Baylor and there’s nothing she wouldn't do for her sister's happiness.  Nevada will have her fairy tale wedding, even if Catalina has to tear the mansion apart brick by brick to get it done. 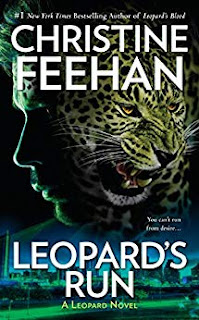 Leopard's Run - Christine Feehan
He keeps his emotions on a tight leash, but she can see the desire burning in his eyes...

Timur Amurov has one purpose in life: protect his family at all costs. With lethal skills honed from a violent upbringing, Timur is a leopard shifter who sees any newcomers as possible threats--and the petite blond barista who his sister-in-law, Evangeline, has hired to work in her bakery is definitely hiding something. While Timur still needs to determine if Ashe is an enemy, he does know that she is the only woman whose presence has ever truly calmed the beast roaring inside of him.

Ashe Bronte is well aware she has a type: sexy, gorgeous and dangerous as hell. Despite the fact that Timur is all those things and more, Ashe is in San Antonio for reasons that do not involve getting wild with a ruthless leopard--and she cannot afford to make any mistakes. But Timur has ignited something deep within her, and even though she knows she should keep her distance, every move he makes has her craving a taste... 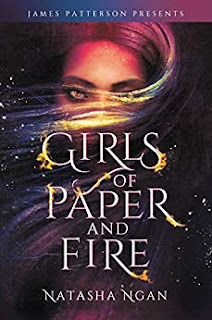 Girls of Paper and Fire - Natasha Ngan
Each year, eight beautiful girls are chosen as Paper Girls to serve the king. It's the highest honor they could hope for...and the most demeaning. This year, there's a ninth. And instead of paper, she's made of fire.

In this richly developed fantasy, Lei is a member of the Paper caste, the lowest and most persecuted class of people in Ikhara. She lives in a remote village with her father, where the decade-old trauma of watching her mother snatched by royal guards for an unknown fate still haunts her. Now, the guards are back and this time it's Lei they're after -- the girl with the golden eyes whose rumored beauty has piqued the king's interest.

Over weeks of training in the opulent but oppressive palace, Lei and eight other girls learns the skills and charm that befit a king's consort. There, she does the unthinkable -- she falls in love. Her forbidden romance becomes enmeshed with an explosive plot that threatens her world's entire way of life. Lei, still the wide-eyed country girl at heart, must decide how far she's willing to go for justice and revenge. 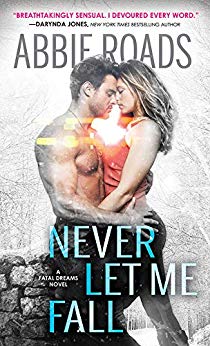 Thomas Brown can't see color, but he can see people's true souls. His abilities allow him to work with criminal investigators and deliver justice to families of the wronged. And he's starting to accept that his life will forever be in black and white...

Then he encounters Helena Grayse, and everything changes. She brings vibrant color to his world, and he brings acceptance and belief to hers. But Helena's past is quickly catching up with her, and Thomas is in the crosshairs.

As an enemy hidden in plain sight threatens their every move, they'll have to rely on their love to beat the darkness.
Posted by LilyElement at 12:00 AM