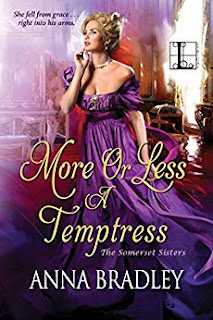 More or Less a Temptress - Anna Bradley
A beautiful debutante in Regency London seems destined to make a good match. But the Somerset sisters have made courtship and matrimony a deliciously scandalous affair . . .

Hyacinth Somerset’s debut is the most anticipated event of the season, as it will be the reclusive young lady’s first public appearance. But within moments of being asked to dance by a dashing stranger, Hyacinth calls him a murderer, then faints dead away! Now all the ton is a aflutter over Hyacinth’s baffling shun of their most intriguing newcomer—the wildly handsome Lachlan Ramsey . . .

Recently arrived from Scotland, Lachlan only wishes to claim his place in society to secure his sister’s future. When that is threatened by the accusations of a hapless slip of a girl, he will do anything protect his family. Yet it appears Hyacinth has only damaged her own hopes, inspiring the label of hysteric—and ultimately inspiring Lachlan to shelter her from harm. Now if only there were a defense for the surge of feeling he has every time Hyacinth turns her gaze his way. If only there were a way to make her his—while keeping the true secret in his past from destroying everything—and everyone—he cares about . . . 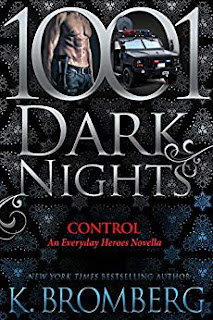 Control is something Desi Whitman abhors. Why live life in black and white perfection when you can messily color outside the lines?

But when she comes face to face with SWAT officer Reznor Mayne, he’s about to show her just how good control can feel.

**Every 1001 Dark Nights novella is a standalone story. For new readers, it’s an introduction to an author’s world. And for fans, it’s a bonus book in the author’s series. We hope you'll enjoy each one as much as we do.** 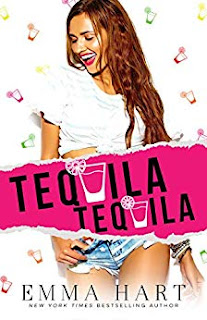 Don't sleep with your best friend.
Take it from me. I did it. And it was awful.
I-wish-the-tequila-made-me-forget kind of bad.

The problem is, Luke has forgotten. He swears that he can't remember a thing about that night beyond the trays of tequila shots being set on the tables.
Except I can't forget. I can't forget how good his hands felt until I fell over and hit my hip on the dresser, and I sure as hell can't forget the entire two minutes of tap-tap-squirt.
Awkward. Embarrassing. And the new subject of a couple of dirty lucid dreams.
But I have no intention of telling him what we did. Nothing good comes from telling your best friend he's the worst guy you've ever slept with.

Which makes the tequila on my birthday a very, very bad idea... 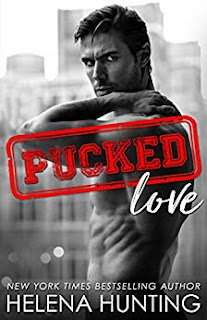 Pucked Love - Helena Hunting
As an NHL player, relationships haven’t been my thing. Shrouded in secrecy and speculation, they never last very long. But then that’s what happens when you require an NDA before the first date.

Until Charlene. She’s like a firefly. She’s elusive, and if you catch her she’ll burn bright, but keeping her trapped dulls her fire and dims her beauty.

I caught her. And as much as I might want to keep her, I’ll never put the lid on her jar. Not at the risk of losing her. So I've let her set the rules in our relationship.

But as long hidden secrets expose us both, I discover exactly how fragile Charlene is, and how much I need her.

The FINAL standalone novel in The Pucked Series.
Posted by LilyElement at 12:00 AM