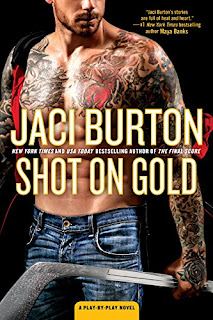 Shot on Gold - Jaci Burton
Will "Mad Dog" Madigan is making his second trip to the Winter Games, and he couldn't be happier. Hockey is his life and playing for the U.S. team is a privilege. Then he meets U.S. figure skater Amber Sloane. She's beautiful, ambitious and driven--everything Will desires in a woman. He would love to show Amber how hot life off the ice can be.

Amber has skated her entire life, sacrificing everything in the hopes of one day winning gold. Now she's competing for the third and final time. She intends to win, and nothing's going to get in her way--until she meets Will. He's an irresistible charmer, and before long Amber is wondering if this sexy hockey player is the perfect guy to show her some moves outside the rink.

But after all the medals have been awarded, Will and Amber will have to decide if what they have together is just a fling or a real shot at true love. 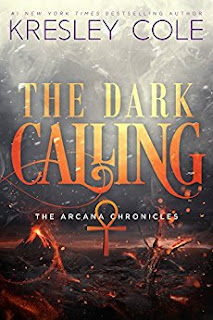 The Dark Calling - Kresley Cole
In a world teetering on the edge . . .
When Evie receives life-changing—and possibly game-changing—news, she has trouble believing it. Why doesn’t she feel any different? Is it possible someone she trusts might be lying?


With enemies at every turn . . .
Tensions seethe inside the castle of lost time as Evie begins to doubt her own sanity. Answers might be found outside their stronghold, but will Death help her find them—or prevent her from learning the truth about her future and Jack’s possible survival?


Darkness beckons.
A mysterious, sinister power begins to affect all the Arcana in its path. Forced out into the wasteland alone, Evie must depend on unexpected allies for survival. But as a battle with Richter looms, can her new alliance defeat the dark calling before hell reigns on earth? 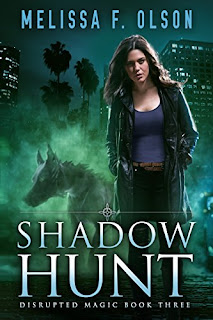 Shadow Hunt - Melissa F. Olson
For years now, Scarlett Bernard has counted on two things: her ability to nullify magic, and Shadow, the bargest who guards Scarlett with her life. But after a sudden revelation turns Scarlett’s world upside down, she panics and leaves town without warning, leaving Shadow with her partner, Jesse. In the chaos that follows, the bargest is stolen—and Jesse nearly dies from a brutal psychic assault.

It seems that an old enemy has returned for revenge…and the attack on Shadow was only the beginning. As Scarlett races home to find the bargest and rescue her friends, she is dragged deeper into a terrifying legend that has somehow found its way to present-day Los Angeles.

Now she will have to recruit every possible ally for a battle that will test her null ability to the limit. Scarlett has been in over her head before, but now she risks losing everything…and she’s never had more to lose.
Posted by LilyElement at 12:00 AM