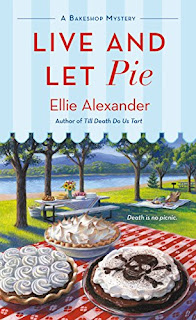 Live and Let Pie - Ellie Alexander
Life is sweet once you step into Torte, everybody’s favorite small-town bakeshop. But what happens when it becomes the scene of a crime?

The heat is on for pastry chef, family business operator, and unlikely sleuth Jules Capshaw. Just when she thought she could enjoy some time away from the kitchen, Jules manages to discover a skull during a picnic by the lake. As if unearthing remains that may be connected to a missing-persons case from the 1960s isn’t enough on her plate, Jules must contend with the unsolved matter of her own marriage while her estranged husband Carlos sails the open seas, awaiting a verdict. Then there’s Jules’s bitter landlord Edgar, who is intent on making a sweet deal on a vacant lot down the block from Torte—until he turns up dead. If only Jules could find a recipe that would let her bake her cake and eat it, too… 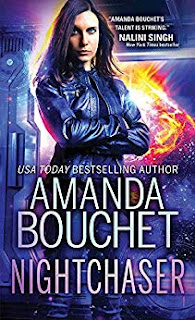 Nightchaser - Amanda Bouchet
Tess Bailey: the galaxy's Most Wanted.
Captain Tess Bailey is in deep trouble. She and her crew are on the run, pursued by a tyrant who'll take them dead or alive. Tess's best hope is a tall, dark, and much-too-appealing stranger, Shade Ganavan, who says he can help her. But his motivations are far from clear...

Shade Ganavan: arrogance, charm...and that special something that makes you want to kick him.
With the dreaded Dark Watch closing in, what Tess and Shade don't know about each other might get them killed...unless they can set aside their differences and learn to trust each other before it's too late. 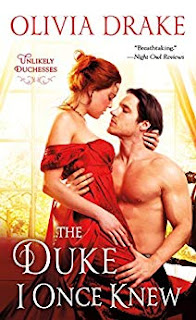 The Duke I Once Knew - Olivia Drake
When two childhood sweethearts find themselves together after years apart, does their romance have a chance to be rekindled now that he’s a duke and she’s a governess? Olivia Drake’s new Unlikely Duchesses series begins with The Duke I Once Knew, where first love is always the sweetest...

For years, Abigail Linton devoted herself to caring for her parents and her siblings’ children. Now, eager to create a life of her own, Abby seizes upon a position as a governess on a neighboring estate. Unfortunately, her absentee employer is Maxwell Bryce, the Duke of Rothwell, the notorious rake who once broke her youthful heart. But since he hasn’t set foot on his estate for fifteen years, Abby assumes she’ll never have to lay eyes on him ever again. Then, from out of nowhere, Max appears. He is stunned to come face to face with the girl next door he fell for years ago—before he went away, and she stopped writing to him. . .even though Abby swears that he is the one who left her without a word. Could it be that this spirited, witty spinster has won Max’s heart all over again—and that they may have a second chance at love? 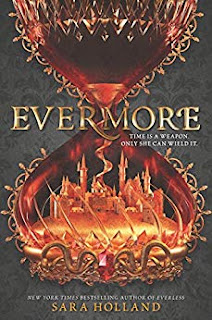 Evermore - Sara Holland
Jules Ember was raised hearing legends of the ancient magic of the wicked Alchemist and the good Sorceress. But she has just learned the truth: She is the Alchemist, and Caro—a woman who single-handedly murdered the Queen and Jules’s first love, Roan, in cold blood—is the Sorceress.

The whole kingdom believes that Jules is responsible for the murders, and a hefty bounty has been placed on her head. And Caro is intent on destroying Jules, who stole her heart twelve lifetimes ago. Now Jules must piece together the stories of her past lives to save the person who has captured her heart in this one. 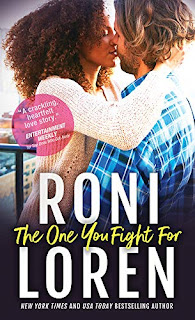 The One You Fight For - Roni Loren
How hard would you fight for the one you love?
Taryn Landry was there that awful night fourteen years ago when Long Acre changed from the name of a town to the title of a national tragedy. Everyone knows she lost her younger sister. No one knows it was her fault. Since then, psychology professor Taryn has dedicated her life's work to preventing something like that from ever happening again. Falling in love was never part of the plan...

Shaw Miller has spent more than a decade dealing with the fallout of his brother's horrific actions. After losing everything—his chance at Olympic gold, his family, almost his sanity—he's changed his name, his look, and he's finally starting a new life. As long as he keeps a low profile and his identity secret, everything will be okay, right?

When the world and everyone you know defines you by one catastrophic tragedy...
How do you find your happy ending?
Posted by LilyElement at 12:00 AM No comments:

I hope you all had a Merry Christmas! Mine was full of quality time with family and a few friends and lots of yummy food. I'm still having major issues sleeping which is no fun and I've been taking it easy on everything in my life just to stay relaxed. If any of yall have tips to help with insomnia let me know! <3 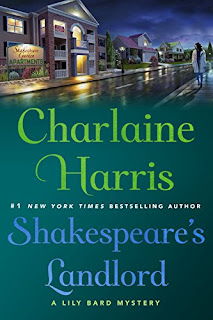 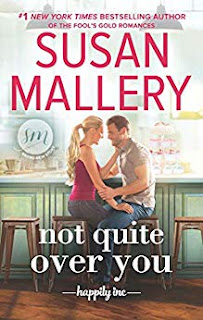 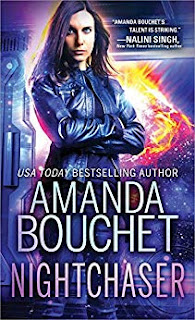 Captain Tess Bailey and her crew of Robin Hood-like thieves are desperate and on the run. Pursued by a vicious military general who wants them dead or alive, Tess has to decide if she can trust Shade Ganavan, a tall, dark and arrogant stranger with ambiguous motivations.

Shade Ganavan had oodles of arrogance, oodles of charm, and oodles of something that made me want to kick him in the nuts.

What Tess and Shade don’t know about each other might get them killed…unless they can set aside their differences and learn to trust each other—while ignoring their off-the-charts chemistry.

Why I am waiting:
This has a gorgeous cover and I've enjoyed Amanda Bouchet's books in the past so yes please! I'm always happy when a new series starts from an author I enjoy.

I hope you all have a Merry Christmas! This year flew by and I can't believe it's already Christmas time again. Stay safe, and have fun with family and friends <3

Happy Thursday!!! I hope you're all doing well and having a good week. We're staying busy here and I can't believe Christmas is next week. Where did the time go? Have a lovely holiday <3


Thrifty Thursday is a post all about cheap and/or free ebooks. Please verify the cost of the books before you purchase in case a sale is no longer active. Enjoy! 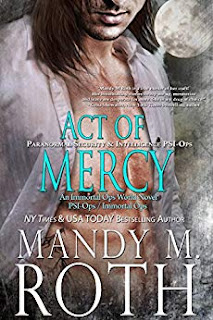 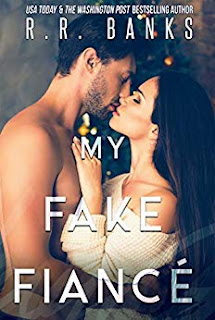 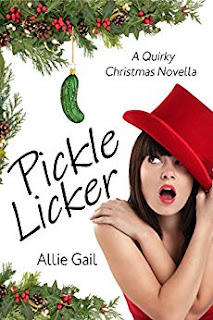 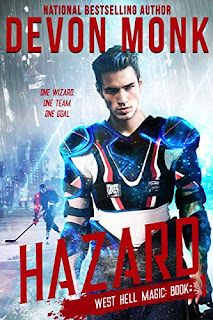 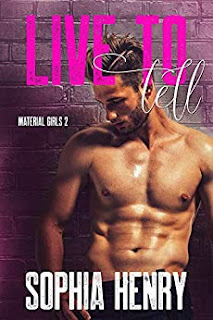 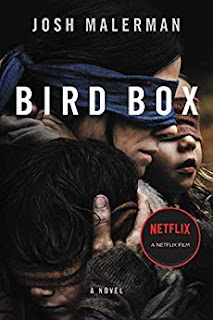 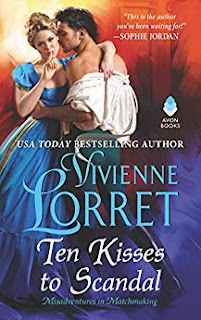 The Bourne Matrimonial Agency has one rule: Never fall in love with the client. However, they never said anything about kissing a rake…

Briar Bourne’s matchmaking career could be summed up in two words—comic disaster. Unless she can learn about the irresistible forces that draw men and women together, her professional future looks rather bleak. But Briar has an intriguing plan—enlisting London’s most irredeemable rake to teach her everything he knows about attraction. Given his notorious reputation, it’s no surprise that Nicholas Blacklowe, the Earl of Edgemont, requests one thing in exchange for his tutelage. For every lesson, he wants a kiss in return. And what harm could there be in a simple kiss? After all, Briar would never fall for a scoundrel…

Nicholas has no romantic notions about love, and no intention of changing his ways. He’s only helping Briar so that she can find the perfect bride for his jilted cousin. Yet Briar is so clever, so curious, so candid—so blasted tempting—that soon, Nicholas can’t stop wondering what it might be like if he was irresistible to her.

Why I am waiting:
The cover is gorgeous and Vivienne Lorret is a must read so I'll be grabbing this one ASAP! 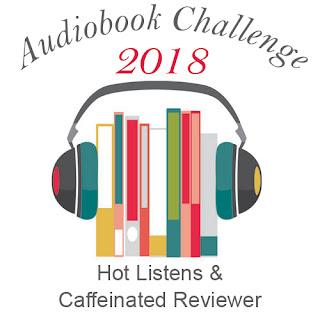 I have a few more audiobooks to listen to through the end of the year but I'm calling it a win! I signed up for the 50+ audiobooks for 2018 and so far I'm at 66! Thank you once again for hosting the 2018 Audiobook Challenge Hot Listens & Caffeinated Reviewer! If you're wanting to sign up for next year they have the link up already, click HERE.

Heir to the Shadows
by Anne Bishop

Queen of the Darkness
by Anne Bishop

My Life as a White Trash Zombie
by Diana Rowland

Even White Trash Zombies Get the Blues
by Diana Rowland

A Promise of Fire
by Amanda Bouchet

Breath of Fire
by Amanda Bouchet

How to Date Your Dragon
by Molly Harper

At the Stroke of Midnight
by Tara Sivec

Heart on Fire
by Amanda Bouchet

Children of Blood and Bone
by Tomi Adeyemi

A Spell of Trouble
by Leighann Dobbs

Visions of Heat
by Nalini Singh

Caressed by Ice
by Nalini Singh

Sky in the Deep
by Adrienne Young

To Seize a Wayward Spirit
by R.L. Naquin

Venom in the Veins
by Jennifer Estep

Murder, She Knit
by Peggy Ehrhart

In Bed with the Beast
by Tara Sivec

A Cast-Off Coven
by Juliet Blackwell

Kiss the Girl
by Tara Sivec

Bring Me Their Hearts
by Sara Wolf

Ax To Grind
by Tonya Kappes

A Princess in Theory
by Alyssa Cole

Six Feet Under
by Tonya Kappes

Dead As A Doornail
by Tonya Kappes

Iron and Magic
by Ilona Andrews

A Duke by Default
by Alyssa Cole

The 7½ Deaths of Evelyn Hardcastle
by Stuart Turton

Shadow and Ice
by Gena Showalter

Honor Among Thieves
by Rachel Caine

A Darker Shade of Magic
by V.E. Schwab

Year One
by Nora Roberts

Posted by LilyElement at 9:01 AM No comments: