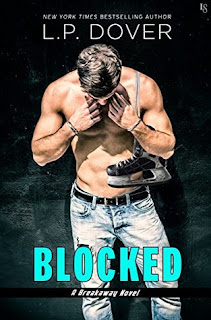 Blocked - L.P. Dover
He’s got every reason to be cocky . . . until a female cuts him down to size.

I’m Dallas Easton, the best goaltender in the league. I make a damn good living playing hockey, and with women falling at my feet wherever I go, why not enjoy it? I get whatever I want, whenever I want—that is, until I come across the one player who gets the best of me on the ice.

When I try to pummel the dude, all hell breaks loose. Imagine my surprise when the helmet comes off to reveal a woman underneath. And not just any woman, but the sexiest woman I’ve ever seen. Callie Davis is the complete opposite of the puck bunnies I usually go for, a good girl with sick moves and a selfless streak a mile wide. I need to make amends, but she dodges me at every turn. It doesn’t help that Callie’s brother hates my guts, or that my agent thinks she’s bad for my career.

But I could care less what they think. I can’t let our little run-in on the ice be the end of our story. Because when I set my sights on something, I won’t rest until I score. 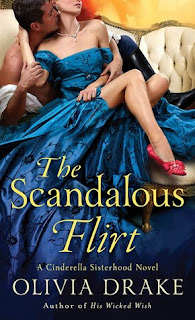 Aurora Paxton was once the belle of the ball, the most sought-after debutante of the season―until a scandalous mistake ruined her. Shunned by her family, Rory was banished to the country to live in disgrace. Now she’s been summoned back to London by her stepmother, who is being blackmailed by the least likely person Rory can imagine: Lucas Vale, Marquess of Dashell.

Lucas is someone Rory’s known for years―a man as devastatingly handsome as he is coldly disapproving of her. What in the world could he want from her or her family? Rory intends to find out as soon as she comes face to face with her old foe. What she never expects, however, is that the icy aristocrat has a soft spot for her―and a secret plan to redeem her status. Could it be that Lucas has been in love with Rory all along. . .and has finally found a way to win her heart? 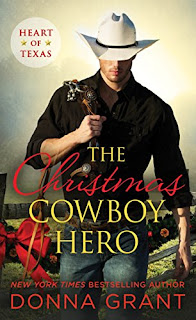 ’Tis the season for ex-Navy SEAL Clayton East to come home for the holidays—even if the mood at home is anything but festive. His father is ill. The East Ranch is in financial trouble. And now it’s on Clayton, the prodigal son, to make sure his family doesn’t lose everything.

Headstrong Abby Harper is like a mother to her younger brothers, who she’s helped raise since she was a teenager. Keeping them in line is no small task while she’s also working toward her college degree. And now that one of her brothers has been arrested for stealing cattle at the East Ranch, Abby is at her wits’ end. But there is a silver lining: Clayton East. He believes in second chances, and is willing to give one to her brother this Christmas. Letting beautiful Abby—and the inescapable longing in his heart—off the hook, however, is a whole ’nother story. Could it be that the woman of this local hero’s dreams has been back at home all along? Ever since Reyes Farrow escaped from a hell dimension in which Charley Davidson accidentally trapped him, the son of Satan has been brimstone-bent on destroying the world his heavenly Brother created. His volatile tendencies have put Charley in a bit of a pickle. But that’s not the only briny vegetable on her plate. While trying to domesticate the feral being that used to be her husband, she also has to deal with her everyday life of annoying all manner of beings—some corporeal, some not so much—as she struggles to right the wrongs of society. Only this time she’s not uncovering a murder. This time she’s covering one up.

Add to that her new occupation of keeping a startup PI venture—the indomitable mystery-solving team of Amber Kowalski and Quentin Rutherford—out of trouble and dealing with the Vatican’s inquiries into her beloved daughter, and Charley is on the brink of throwing in the towel and becoming a professional shopper. Or possibly a live mannequin. But when someone starts attacking humans who are sensitive to the supernatural world, Charley knows it’s time to let loose her razor sharp claws. Then again, her number one suspect is the dark entity she’s loved for centuries. So the question becomes: Can she tame the unruly beast before it destroys everything she’s worked so hard to protect? 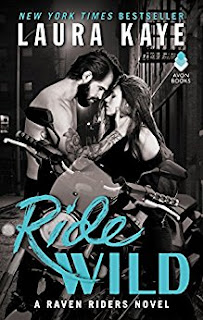 Ride Wild - Laura Kaye
Brotherhood. Club. Family.
They live and ride by their own rules.
These are the Raven Riders...

Wild with grief over the death of his wife, Sam “Slider” Evans merely lives for his two sons. Nothing holds his interest anymore—not even riding his bike or his membership in the Raven Riders Motorcycle Club. But that all changes when he hires a new babysitter.

Recently freed from a bad situation by the Ravens, Cora Campbell is determined to bury the past. When Slider offers her a nanny position, she accepts, needing the security and time to figure out what she wants from life. Cora adores his sweet boys, but never expected the red-hot attraction to their brooding, sexy father. If only he would notice her...

Slider does see the beautiful, fun-loving woman he invited into his home. She makes him feel too much, and he both hates it and yearns for it. But when Cora witnesses something she shouldn’t have, the new lives they’ve only just discovered are threatened. Now Slider must claim—and protect—what’s his before it’s too late. 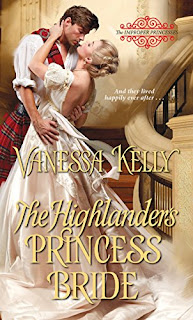 The illegitimate daughter of the Prince Regent might be expected to pursue various dubious professions. Actress, perhaps, or artist’s model. Even courtesan. Victoria Knight, however, has become a governess—a respectable choice, until she travels to Scotland to meet her new charges. The younger brothers of Nicholas Kendrick, Earl of Arnprior, aren’t children at all. They’re brawny, wild Highland men. As for the Earl, he’s handsome, guarded, and far too compelling . . . especially for a woman hiding a dark secret.

Nick needs a proper teacher to transform his unmarriageable brothers—and a sensible,
straight-laced wife for himself. Miss Knight seems to fit the bill on both counts. But he soon discovers there is more to Victoria than he thought. It’s not just her notorious origins, or the danger that’s followed her all the way to Scotland. It’s the fiery loyalty beneath that sedate façade. This, the real Victoria, is the woman Nick is starting to desire so desperately. And what an earl wants, he’ll use every seductive means to get . . . 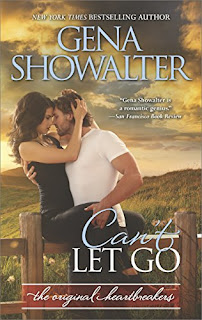 With trust issues a mile long, Ryanne Wade has sworn off men. Then Jude Laurent walks into her bar, and all bets are off. The former army ranger has suffered unimaginably, first being maimed in battle then losing his wife and daughters to a drunk driver. Making the brooding widower smile is priority one. Resisting him? Impossible.

For Jude, Ryanne is off-limits. And yet the beautiful bartender who serves alcohol to potential motorists tempts him like no other. When a rival bar threatens her livelihood—and her life—he can’t turn away. She triggers something in him he thought long buried, and he’s determined to protect her, whatever the cost.

As their already scorching attraction continues to heat, the damaged soldier knows he must let go of his past to hold on to his future…or risk losing the second chance he desperately needs. 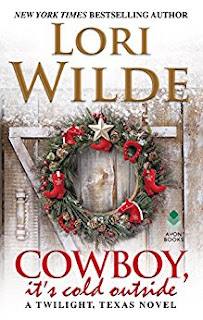 Cowboy, It's Cold Outside - Lori Wilde
Everyone in town knows that Christmas in Twilight has a way of bringing lovers together . . . but will its magic bring this pair from “I won’t” to “I do”?

Wearing a too-tight “Santa Baby” costume held in by a double pair of Spanx, Paige MacGregor runs headlong into a gorgeous, grey-eyed hunk of a long, tall cowboy. And not just any cowboy, but country-western star Cash Colton, visiting Twilight to perform in a charity concert. Most women would melt at his feet, but Paige knows all too much about self-assured men with cocky attitudes, so she tells him to get lost.

Cash is in town, nursing his own broken heart, but Paige has knocked him off his feet. He’s convinced she’s perfect—someone to inspire his music and share his now-empty bed. True, he’s not marriage material, but he’s determined to convince her that they’re perfect together—at least for a while. But what he doesn’t count on is falling in love with the one woman who isn’t about to give him the time of day!
Posted by LilyElement at 12:00 AM