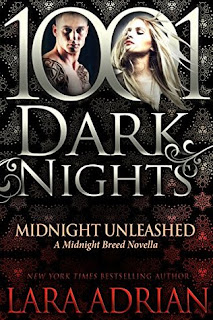 Midnight Unleashed - Lara Adrian
Return to New York Times and #1 international bestselling author Lara Adrian’s “addictively readable” (Chicago Tribune) Midnight Breed vampire romance series with a pulse-pounding novella of paranormal seduction and dangerous thrills, where an icy immortal beauty and a lethal Gen One Hunter must confront a powerful enemy while struggling to deny the irresistible calling of their blood. 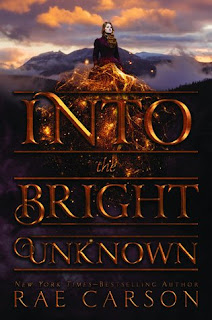 Leah Westfall, her fiancé Jefferson, and her friends have become rich in the California Territory, thanks to Lee’s magical ability to sense precious gold. But their fortune has made them a target, and when a dangerous billionaire sets out to destroy them, Lee and her friends decide they’ve had enough—they will fight back with all their power and talents. Lee’s magic is continuing to strengthen and grow, but someone is on to her—someone who might have a bit of magic herself. The stakes are higher than ever as Lee and her friends hatch a daring scheme that could alter the California landscape forever. With a distinctive young heroine and a unique interpretation of American history, Into the Bright Unknown strikes a rich vein of romance, magic, and adventure, bringing the Gold Seer Trilogy to its epic conclusion. Includes a map and an author’s note. 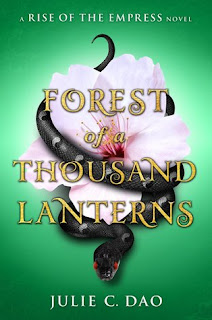 Forest of a Thousand Lanterns - Julie C. Dao
An East Asian fantasy reimagining of The Evil Queen legend about one peasant girl's quest to become Empress--and the darkness she must unleash to achieve her destiny.

Eighteen-year-old Xifeng is beautiful. The stars say she is destined for greatness, that she is meant to be Empress of Feng Lu. But only if she embraces the darkness within her. Growing up as a peasant in a forgotten village on the edge of the map, Xifeng longs to fulfill the destiny promised to her by her cruel aunt, the witch Guma, who has read the cards and seen glimmers of Xifeng's majestic future. But is the price of the throne too high?

Because in order to achieve greatness, she must spurn the young man who loves her and exploit the callous magic that runs through her veins--sorcery fueled by eating the hearts of the recently killed. For the god who has sent her on this journey will not be satisfied until his power is absolute. 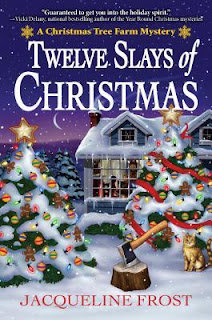 Twelve Slays of Christmas - Jacqueline Frost
When Holly White's fiance cancels their Christmas Eve wedding with less than two weeks to go, Holly heads home with a broken heart. Lucky for her, home in historic Mistletoe, Maine is magical during Christmastime--exactly what the doctor prescribed. Except her plan to drown her troubles in peppermints and snickerdoodles is upended when local grouch and president of the Mistletoe Historical Society Margaret Fenwick is bludgeoned and left in the sleigh display at Reindeer Games, Holly's family tree farm.
When the murder weapon is revealed as one of the wooden stakes used to identify trees on the farm, Sheriff Evan Grey turns to Holly's father, Bud, and the Reindeer Games staff. And it doesn't help that Bud and the reindeer keeper were each seen arguing with Margaret just before her death. But Holly knows her father, and is determined to exonerate him.The jingle bells are ringing, the clock is ticking, and if Holly doesn't watch out, she'll end up on Santa's naughty list in Twelve Slays of Christmas, Jacqueline Frost's jolly series debut.
Posted by LilyElement at 12:00 AM