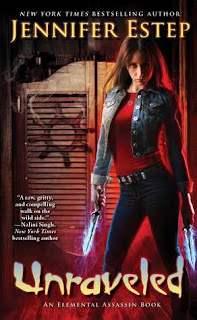 What could go wrong when you’re trying to unravel a decades-old conspiracy?

As the current queen of the Ashland underworld, you would think that I, Gin Blanco, would know all about some secret society controlling things from behind the scenes. I might be the Spider, the city’s most fearsome assassin, but all my Ice and Stone elemental magic hasn’t done me a lick of good in learning more about “the Circle”. Despite my continued investigations, the trail’s gone as cold as the coming winter.

So when Finnegan Lane, my foster brother, gets word of a surprising inheritance, we figure why not skip town for someplace less dangerous for a few days? That place: Bullet Pointe, a fancy hotel resort complex plus Old West theme park that Finn now owns lock, stock, and barrel. At first, all the struttin’ cowboys and sassy saloon girls are just hokey fun. But add in some shady coincidences and Circle assassins lurking all around, and vacationing becomes wilder—and deadlier—than any of us expected.

Good thing this assassin brought plenty of knives to the gunfight…

Unraveled is book 15 in the Elemental Assassin series. This book has Gin and her group of friends recovering from the events in the previous installment. After dealing with Finn's mother, everyone is a bit shaken and Gin is on a mission to find out about the mysterious group of bad guys aka the Circle.

We start off with Gin hanging out with Finn and he finds out his mother left him an Old West theme park with a swanky hotel. Figuring after everything that has happened, they all need a break. So Finn, Brea, Gin and Owen head to Bullet Pointe to check it out. Don't you know this isn't going to be a relaxing vacation for the couples, though. Gin spots a bad guy from her past in the crowd and has the uneasy feeling that she's beeing watched since they first arrived. With her spidey senses on overdrive, it doesn't take long before trouble finds them.

Unraveled was a change of pace for Gin and the gang but included everything I've come to love about the series as a whole. There's always a bit of a mystery element that Gin must find out that keeps my intrigue. Then there are the battles with strong elementals that you're not sure how she's going to survive. My favorite bits are the strong friendship bonds she shares with her group and it creates a really solid story. What starts out as a vacation ends in a battle that leads us to know a bit more about the Circle. Now with Gin's sights set on the Circle I cannot wait until the next big showdown starts! This series continues to get better with each story and I highly recommend it for Urban Fantasy lovers. 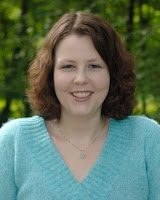 Jennifer Estep is a New York Times, USA Today, and international bestselling author prowling the streets of her imagination in search of her next fantasy idea.

Jennifer writes the Elemental Assassin urban fantasy series for Pocket Books. Unwanted, e-novella #14.5 in the series, is available now. Unraveled, book #15, will be released on Aug. 30.

There’s a tour-wide giveaway you can share! Jennifer is giving away a $25 Amazon gift card, and the publisher has offered up 5 print copies of UNRAVELED AND one FULL SET of the Elemental Assassin series! Open to US and Canada residents only.