A to Z - Donya Lynne 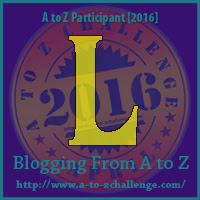 A to Z Challenge - L

I had to choose Donya Lynne to be my L post. I really like the sound of her upcoming book, Bound Guardian Angel. Check it out below!

Check out our previous A-to-Z posts: I, J, K 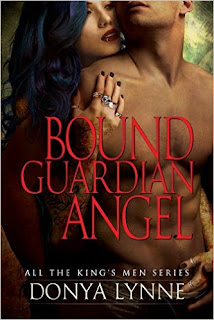 For almost two hundred years, Trace has searched for his mate. Now he’s met Cordray. Brash, sassy, and covered in tattoos, Cordray isn’t at all the type of female he thought his mate would be, but he can’t deny the way his body reacts every time she’s near. She calms him and sparks his desire in a way no one ever has, which terrifies him, because if she has that kind of power over him, what else is she capable of?

Cordray thinks Trace is the most exciting male she’s ever met, but she refuses to drop her guard and let him in. She loved deeply once, only to be spurned when her lover mated another. The heartbreak was so severe, she lost her ability to feel. Trace has reawakened her sense of touch, but she’s scared that if she takes another chance on love only to be rejected again, this time she’ll lose her life.

With both committed to pushing the other away, every conversation escalates into a war of words. But for these two, their arguments are just foreplay. Because it’s only a matter of time before their desire grows stronger than their resistance. No other has tamed Trace’s inner beast the way Cordray can. And now that he’s found her, God help anyone—or anything—that tries to take her from him.

A to Z Challenge
Posted by LilyElement at 12:00 AM