A to Z - Audiobooks + Review: Outtakes from the Grave by Jeaniene Frost 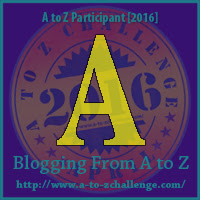 A to Z Challenge - A

I've become addicted to audiobooks over the past year or two. I have to give a shoutout to HotListens for convincing me to give audiobooks another try after I had a rough start with one. I <3 yall!

I figured I'd kick off the A to Z challenge with an audiobook I recently finished and really enjoyed. I got into this series via paperback but finished it up with the audio version. The narrator is freaking awesome, and I highly suggest this series in audio if you haven't read it yet. 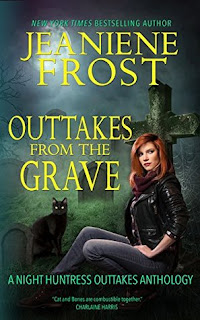 Outtakes from the Grave is book 7.5 in the Night Huntress series. It's full of cut/deleted scenes from all of the books in the series. I was a bit hesitant to grab this one since it's been awhile since I started the series, but I'm so glad I did! There's a bit of everything in this compilation, Bones' POV, cut bits from first chapters and several naughty scenes that didn't make the cut to name a few. I loved that there were author notes before each new scene, it gave some insight on why they weren't included in the published versions.

Outtakes from the Grave wasn't exactly a light read, I felt like I was on an emotional rollercoaster. I went from sad to laughing out loud depending on the scene. I'm glad some of these were cut since it could have taken the series in a different direction or delayed what we all wanted, more Cat and Bones. All in all, this was an awesome addition to the series, and I highly suggest it if you've enjoyed the series as a whole.

I quickly fell in love with Tavia Gilbert's narration while finishing up the Night Huntress series and Vlad's series and this book is no different. She's always expressive and knocks whatever she's narrating out of the park.

During the A to Z challenge, I will have a giveaway going where you can win a $20 Amazon gift card!

A to Z Challenge