Coming Back - Lauren Dane
Arriving back in Seattle after five years, Jessilyn Franklin is done pretending she didn't want two men. She's done letting anything stop her from being with Adam and Mick, now back from the war and working at Twisted Steel, a custom hot rod and motorcycle shop. One night changes everything, but their relationship must strengthen to weather the storms they'll face as they make their way back to one another.

Dirty Deeds - Megan Erickson
Alex Dawn is saying no to men. No to bad relationships, disappointments, and smooth-talkers. Focusing on her family and her job at Payton and Sons Automotive keeps her mind occupied and her heart content. She doesn’t really miss a man’s touch, until one night, a man shows up with the body of a god and a voice from her dirtiest dreams.

L.M. Spencer is only in Tory, Maryland, to scope out the town as a possible site for one of his company's hotels. The British businessman didn’t expect his car to break down or to find the hottest little American he’s ever seen holding a tire iron, piercing him with bright blue eyes.

They agree to one hot night, one dirty deed to burn out the chemistry between them. But from their first kiss, Alex can’t stop saying yes to this man. And when Spencer’s company threatens everything she cares about, they must make the choice to stand together or apart.

Line of Scrimmage - Desiree Holt
Sometimes it’s not about winning…

One bad tackle. That’s all it took to put wide receiver Jake Russell in a cast for the rest of the NFL season. From being a high school all-star to getting drafted by the Austin Mustangs, football has been Jake’s life for as long as he can remember. It’s what defines him—because he has a secret he never shares. But now that he’s laid up in bed with a nurse displaying a lot of distracting bedside manners, he’s discovering life on the sidelines might have its perks. . .

One last paycheck. That’s all Erin Bass has left to her name when the resort she works at shuts down. Desperate, she agrees to be a caregiver to hardass jock Jake Russell, who also happens to be a memorable one-night stand. Before long, caring leads to daring new ways to catch up in bed, especially with Jake still in a cast. But with football on the sidelines, this time the game is serious. . .

Healing Eden - Rhenna Morgan
Nothing good grows in the shadow of secrets.

A reluctant warrior in a rebellion he abhors, Reese Theron has buckled beneath blackmail to keep the circumstances of his birth on lockdown. He’s lost everything that counts—the right to fight for his king, the trust of his best friend, and any hope for a family of his own. Death seems preferable, until Galena Shantos meets him at his fateful crossroads and saves his life.

Galena’s loyalty to her brother, the king, is absolute. Healing his warriors on the sidelines of war, she’s witnessed too many rebellion atrocities to be swayed for mercy. Yet something about Reese blurs the lines of allegiance, the call to her heart raw and primitive.

When Reese ends up a prisoner of war, he’s visited by a mysterious being of another race and learns he’s the linchpin in a battle between good and evil. The lovers will face choices—Galena between family loyalty and championing Reese’s cause, and Reese between keeping his shameful secret, and saving all races by leading the darkest of his kind to redemption—starting with his own confession.

Wandering Star - Romina Russell
Orphaned, disgraced, and stripped of her title, Rho is ready to live life quietly, as an aid worker in the Cancrian refugee camp on House Capricorn.

But news has spread that the Marad--an unbalanced terrorist group determined to overturn harmony in the Galaxy--could strike any House at any moment.

Then, unwelcome nightmare that he is, Ochus appears to Rho, bearing a cryptic message that leaves her with no choice but to fight.

Now Rho must embark on a high-stakes journey through an all-new set of Houses, where she discovers that there's much more to her Galaxy--and to herself--than she could have ever imagined. 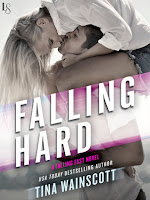 There’s no one Pax Sullivan wants to run into less than Gemma Thornton. Back in high school, she revved his heart more than street racing. But she picked his clean-cut brother over him—only to accuse Blake of an unforgivable crime. Eventually the charges were dropped and Gemma left town, but the hard feelings lingered . . . along with Pax’s gnawing “what-ifs.” Seven years later, just as he quits the police force to open a racetrack, Gemma’s back—and their chemistry is more combustible than ever.

If it were up to her, Gemma would never lay eyes on another Sullivan. She hates them, and they hate her—even Pax, who just so happens to be fixing up her father’s B&B. But the more time she spends with the lean, hard-bodied ex-cop at the inn and on the track, the more Gemma sees that Pax is nothing like his brother. Despite their anguished history, she’s tempted to take their relationship into high gear . . . if she can face the past and risk her heart.
Posted by LilyElement at 12:00 AM