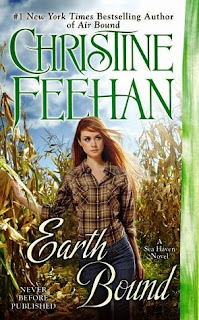 After escaping from a cult, Lexi found refuge with her sisters on the farm that more than sustained her body—it nurtured her soul as well. But she never forgot the terror she left behind or the always present fear that the cult would find her again, and claim her. Then her nightmare came true.

Lexi was discovered and threatened—only to be suddenly saved by a stranger. He is Gavriil Prakenskii, and he’s awestruck by the woman he’s rescued. She is destined for him. He can feel it in his soul. But how can Lexi find happiness with a man steeped in secrets and shadows, one intimately acquainted with violence, and whose very love could be the death of them?

Why I am waiting:
It's been forever since I've read a CFeehan book, I'll have to correct that soon :)
Posted by LilyElement at 12:00 AM