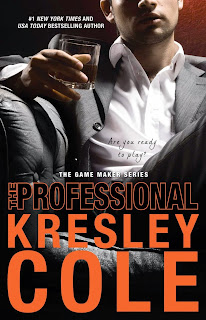 Natalie Porter is a normal college student that goes out to bars with friends and has fun. One night at a bar she meets a hunky Russian guy and he wants nothing to do with her. When he shows up later that night with a crazy story saying that the father she has been searching for wants to be part of her life and she's in danger she doesn't know if she should believe him. She's been searching for her father's identity for awhile and thinks her investigator had a solid lead when he quit talking to her. Then this happens. She is rushed off half way around the world to meet her father and be part of his life. Danger lurking at every turn since her father is part of the mafiya.

Mafiya enforcer Aleksei Sevastyan, is the hunky Russian that Natalie met in the bar. His mission is to protect Natalie and get her back safely to her father's mansion. The thing he didn't expect is the attraction he would feel for her. He tries to avoid it at all costs due to her father raising him from a young age when he found him on the streets. You know it'll be that oh so good when Aleksei and Natalie finally admit their attraction and get together in the book. I always seem to love it when books have that aspect and they're written well.

I read book two before I read this one, which had a tiny bit of spoilers but not too much. I'd suggest reading these in order though if you're not okay with a hint of spoilers. The only sort of complaint I have are the male leads are quite similar in books one and two, this being because they're brothers. That's where I find the issue though, since the brothers were separated at a young age, so I'm not sure if they would turn out so similar. They did face a brutal childhood, so it's believable a bit but maybe not to that extent. All in all the story was lovely, and naughty and I suggest it if you're looking for a mafia erotica.