A to Z + Review - Phoenix in My Fortune 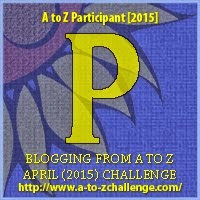 A to Z Challenge - P 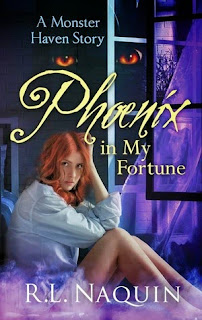 Zoey Donovan, one of the last Aegis' left in the world is about to face off with a big bad.  The previous book built up the final story arc so you go into this one knowing something big is going to go down. The final Hidden is revealed, and it takes on something that I feel I've heard about before in real life. It's based on Shadow Man, a legend that is cycling through the humans and since so many people are believing in that it caused it to become real as a Hidden. The Hidden are beings like dragons, fairies, trolls, etc. They're protected by the Aegis' and the fact that they're real is hidden from normal humans. Anyway back to Shadow Man, when he arrives, Zoey and her ragtag gang of friends are noticing local news reporting that children are going missing. This happens a few times and Zoey and the gang know they have to put a stop to Shadow Man before things escalate and he takes a life.

Phoenix in My Fortune was a lovely ending to the series, it closed up loose ends and was a satisfying read. It's slightly bitter sweet since I remember so fondly reading book one in the series not so long ago. I have issues letting go of a series I enjoy as some of you know. I normally delay reading the last book in a series due to not wanting to give it up. I've been trying to not do that so I read this one when it was released. Still sad the series is over, but R.L. Naquin did say there is a possibility of a spin off series in the future, so I'll keep my hopes up for that. All in all I love this series as a whole and highly suggest it if you're looking for a unique Urban Fantasy. Props to R.L. Naquin, and I hope to read another of her books in the near future.