A to Z Challenge - G

Melissa and I love the television show Grimm because it's basically an urban fantasy with fairytale retellings and loads of different shifters called "Wessen". What's not to love? Even when there are scary eyeball + spoon episodes *shudder*

So we're dedicating "G" to Grimm and our favorite characters! 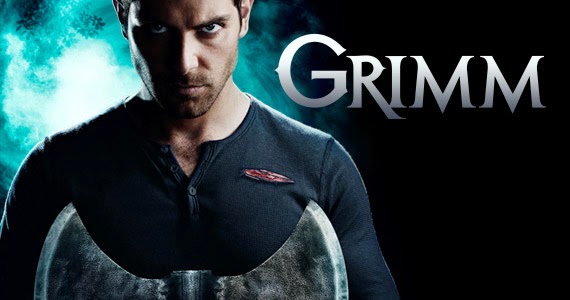 Right now Grimm is the favorite show at Casa Drea. And it has nothing to do with that guy in the banner. Nope. The best parts of Grimm have very little to do with the guy who is the Grimm. In fact, until the middle of the second season or so, Casa Drea didn't even like Nick Burkhardt. He's growing on us, but he'll always play second fiddle to the others.

In order of how much we like them, here are our favorite characters (Mr. Drea disagrees on some of these, for obvious reasons):

Rosalee is a Fuchsbau, a fox-like Wessen. We first meet her when her brother is killed. Now she runs his spice shop and helps make concoctions that benefit other Wessen (and the Grimm).

Why we love Rosalee: she's Monroe's other half and just too cute. 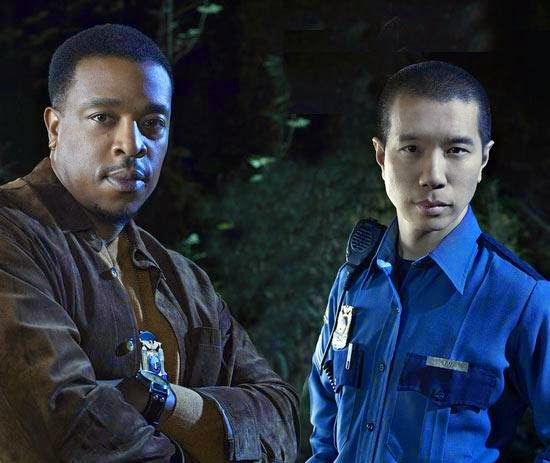 The real hero in this picture is Office Drew Wu (right).
He was a bit character in the first season and gradually increased. We weren't happy until he made an appearance in each episode. When he did, we'd jab our finger at the television and shout, "WU!"

Why we love Wu: his snarky delivery and his one-liners. Now that he's in-the-know, it's even more fun!

Captain Sean Renard - Helloooooo, hottie!
Er...*cough*
So, yeah, I'll admit, the only reason this guy is on my favorites list is because he's hot and I know Mr. Drea would disagree about his placement.
We get to see him shirtless. A lot. Thank you, television writers!

Why we love Renard: He has that tall, dark, and dominant vibe going for him because he's the police captain and a bastard royal. *swoon*
Now if he'd just stop getting mixed up with bimbos, I'd be a lot happier.

Monroe would get our #1 favorite spot, if it weren't for the guy who does get the spot (we're almost there).

Why we love Monroe: Without Monroe, there'd be no Grimm. For us, he's the show.

Just look at those eyebrows... :D 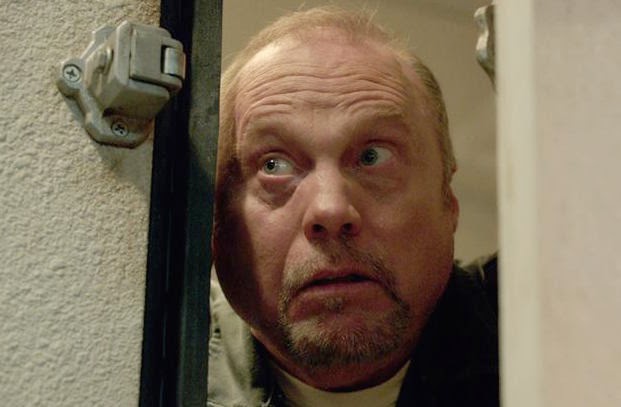 And the favorite character at Casa Drea? BUD!

This Eisbiber (sounds a lot like Ice beaver because, well, that's basically the kind of Wessen he is) may have run screaming out of Nick's house the first time he saw him, but Bud is no coward. Okay, yeah, he kind of is, but that makes it all the better when he swallows his fear to help Nick out.

Why we love Bud: Any episode with an appearance by this lovable, stuttering softy is sure to be a great one!

Do you like Grimm? Who is your favorite character?
Posted by LilyElement at 12:00 AM