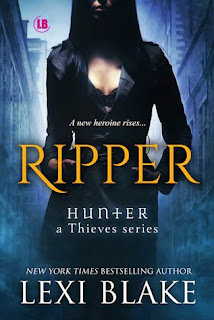 Kelsey Atwood is a private detective with a problem. She came from a family of hunters, growing up on the wrong side of the supernatural world. Tracking down bail jumpers and deadbeat dads may not make her a lot of friends, but it’s a lot safer than the life she turned her back on. She was hoping to escape from the nightmares of her past, but her latest case has brought them right back to her door.

A young woman has gone missing, and she didn’t go willingly. When Kelsey discovers that the girl is actually a shifter, she knows she should drop the case and walk away. But this shifter was a sweet kid, and she's in serious trouble. More females are missing and the evidence points to a legendary killer. Bodies are piling up, and her case is becoming center stage for a conflict that could shatter the fragile peace between wolves and vampires.

As the hunt intensifies, she finds herself trapped between two men—Gray, a magnetic half-demon lawman, and the ancient vampire Marcus Vorenus. Both men call to her, but when a shocking secret about Kelsey’s family is revealed, it could ruin them all. To stop the killer, she will have to embrace the truth about who—and what—she truly is.

Why I am waiting:
This looks like a paranormal book right up my alley. I can't wait to see what happens.
Posted by LilyElement at 12:00 AM