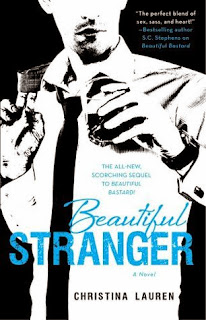 Escaping a cheating ex, finance whiz Sara Dillon’s moved to New York City and is looking for excitement and passion without a lot of strings attached. So meeting the irresistible, sexy Brit at a dance club should have meant nothing more than a night’s fun. But the manner—and speed—with which he melts her inhibitions turns him from a one-time hookup and into her Beautiful Stranger.

The whole city knows that Max Stella loves women, not that he’s ever found one he particularly wants to keep around. Despite pulling in plenty with his Wall Street bad boy charm, it’s not until Sara—and the wild photos she lets him take of her—that he starts wondering if there’s someone for him outside of the bedroom.

Hooking up in places where anybody could catch them, the only thing scarier for Sara than getting caught in public is having Max get too close in private.

Sara Dillon is a finance guru working for Bennett's company. This time around they've opened a new location of the company and Chloe and Bennett have convinced Sara to join them in New York. Sara is dealing with the baggage of a cheating ex-boyfriend which makes her not really looking for a relationship. When she meets a sexy British dude in the club, she decides to have a no strings attached fling with him.

Max Stella is a sexy British businessman that never stays with the same woman for long. His flavor of the week and himself are generally posted in the paper by paparazzi. He's rich, smart and... nice. That's right, I called him nice. He can't help his attraction to Sara, the two are drawn together even though there isn't supposed to be a relationship. While this wasn't as intense as the first book, it still packed a punch. Their story isn't one for the faint of heart, they have public sex a lot, and it gets pretty steamy. I enjoyed seeing their relationship blossom without the other really realizing it was escalating. Chloe and Bennett make appearances but nothing major. I'd recommend this book if you're looking for a naughty read. 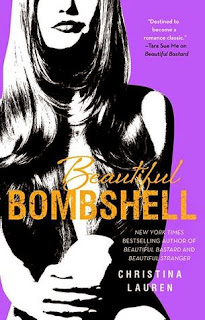 The gentlemen from Beautiful Bastard, Beautiful Stranger, and Beautiful Player are out for a wild night on The Strip.

When Max, Henry, and Will steal Bennett away for a weekend of shenanigans and strippers in Vegas, the first stop of the night doesn’t go at all as planned. With their scheme for a Guys Weekend completely derailed anyway, Max and Bennett begin to play a wild game of stealth and secrecy in order to have their bombshells all over Sin City.

I didn't want to repeat the same mistake this time so I read the Beautiful Bombshell, the novella that followed Beautiful Stranger directly after. It seems I didn't need to this time though. Beautiful Bombshell focuses around the men in the series so far. They're celebrating the upcoming wedding for Chloe and Bennett by partying in Vegas. The girls are supposed to be on a ski trip, but they manage to sneak in on the guy's plans which drives the men crazy... with lust. What was supposed to be a guy's night out, turned into the men running all around Vegas to spend a few minutes with their women. It was a nice addition to the series, and I can't wait to read the next book to see who Will winds up with.