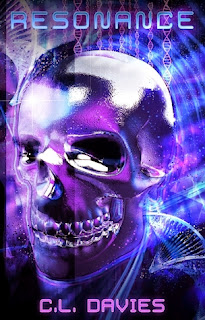 Oscar DeHaven screwed up his life. Luckily, he’s rich enough to try again. With the services of the mysterious, utopian Forever Foundation, he is reborn a century later with a new body, a new identity—Jake.

Kate never expected love to live up to her fantasies. But there’s something about Harry’s ice-blue eyes that draw her in, even as she begins to see the darker shades of his true colours.

The Foundation is elitist and exacting; mistakes cannot be borne. From its cold grasp Milly rescues Faith, a baby who shouldn’t exist, and sets out to redress the Foundation’s legacy of suffering and sadness.

Everything seems perfect—except for the nightmares that wake both Faith and Jake, pursued through their dreams by a faceless evil. And there is something lurking inside of Harry, too, gathering like storm clouds, with consequences too far reaching for anyone to predict. As six lives entwine in a web spun of deceit and lawlessness, secrets are uncovered that invoke a timeless, troubling question: Are we defined by nature or nurture?

And who says you only live once?


Resonance is a bit different from other books I've read. It was rather nice to read something out of the Urban Fantasy kick butt women with vampires, shifters, etc. Resonance revolves around a few different people's stories. The bulk of the book focuses on the Forever Foundation, a company that gives people the ability to be reborn into a new body once they pass away.

One of the first characters we are introduced to is an elderly gentleman named Oscar. He is very wealthy and has signed up to be reborn into a new body when he dies. It basically gives him another chance at life, though he doesn't retain memories. He is born again as Jake, a baby that is adopted by a loving couple. But something is off, once Jake gets a bit older he begins having dreams and is starting to remember things he shouldn't know. I found his story one of the most interesting. Through out the book you see Jake grow from youth to adult, and it begs the question of nature versus nurture. His adopted family are very loving, yet Jake begins to grow more and more like Oscar as he ages, a cynical man.

Another character is Milly, she is one of the nurses that works for the Foundation. She cares for the babies before they are reborn, and is one day able to gain the one thing she's always wanted but could never have, a baby of her own. She asks to have the rejected baby she has been taking care of, and since imperfection is not allowed in the Foundation, the baby would not be used. They allow her to have the baby, but tell her there is no guarantee at the baby living past a certain age. Since she accepted the deal she is swiftly let go from her job, but she doesn't really care, she has the one thing she's always yearned for in her adult life. Milly names the baby Faith, and you read her story as she grows as well.

Then we have Kate and Harry, a couple that meets at Harry's job and it is love at first sight. The two are sweet together and I was wondering how they would contact one another since neither exchanged information when they were chatting on the light bulb aisle. You follow their relationship, with its ups and downs.

Resonance is a read that will leave you pondering. I loved that multiple characters were written in and the stories for each were easy to follow. It is well written, and I enjoy C.L. Davies's books. I recommend this book if you're looking for something unique.