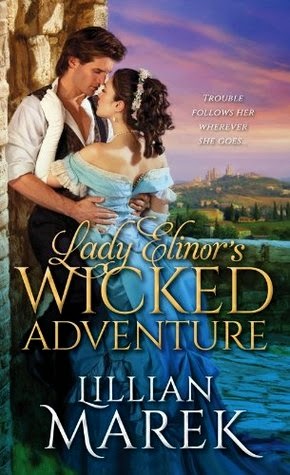 Tortured by want, Harcourt “Harry” de Vaux escaped to the continent to avoid his infatuation with his best friend Pip’s sister and to run from his scandalous parents. Now he’s back and Lady Elinor “Norrie” Tremaine is most definitely not the girl he got into scrapes with when they were young. No, now she’s sneaking off to the garden with rakes simply to discover if she’s thought to be sweet or saucy. Still, she’s as easy to be around as she ever was—at least when Harry isn’t fighting the green monster of jealousy. But Lord Penworth’s daughter is not for Harry. Norrie deserves someone not mired in scandal. So when the family invites him on a trip to Italy, Harry is resolutely against it.  Indebted to Lord and Lady Penworth for treating him immeasurably better than his own disgraceful parents, Harry agrees to go if only to protect Norrie on the dangerous trip. There’s just one question, who will protect her from Harry?

The last thing Norrie wants is protection against Harry. The trip to the continent might be just what she needs—time with Harry he can’t escape. He shows all the signs of jealousy whenever she’s in another man’s company—a thrilling prospect that seems to prove his affection—but he refuses to act on his feelings. And she hasn’t the first idea why. Fortunately intrigue, politics, and peril are just the catalyst he needs and adventure Norrie desires. Once she knows the truth, Norrie isn’t about to let a little thing like misplaced honor get in the way of what she’s always wanted: him.

From England to Rome and into ancient Etruscan crypts, this book spans quite a distance but it’s the distance between Harry and Elinor that was the draw for me. Or at least their coming together was. Harry is a noble hero suffering from false assumptions that his parents’ faults are going to become his simply because of their shared blood. He rightly gets the sense knocked into him by his childhood crush. Elinor isn’t your usual Victorian lady. She’s well read, curious to a fault, adventurous, and speaks her mind. In short, she’s the kind of gal I’d be fast friends with which makes reading a story partially from her point of view that much more fun. I thoroughly enjoyed discovering how this pair would get together during the first two thirds or so. The last third follows the intrigue and politics that takes place around the family and how they band together to help their hosts. We even get a second romance in the mix.

I’m not usually a fan of stories that have the hero and heroine declaring themselves so early in the story, but it works in Lady Elinor's Wicked Adventures. There’s enough plot to carry us through, not to mention we get several sweet scenes of the pair getting to know each other better. Readers are rewarded for sticking it out at the end when Norrie proves why she’s an admirable lady when she helps Harry resolve familial problems. And of course, there’s the reward of a satisfying happily ever after.

Snatch this up if you’re a fan of the friends to lovers trope, especially when that friend is the older brother’s best friend.

Challenge Update: This is book ten toward the 2014 Historical Romance reading challenge I signed up for ages ago. I have two more to go! 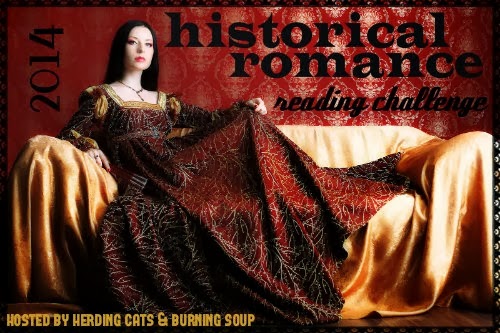