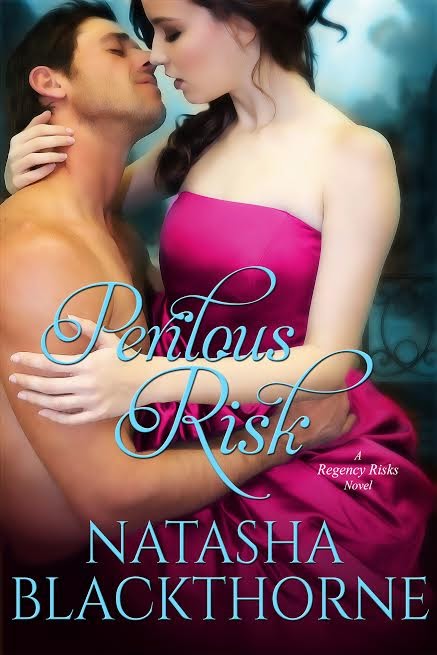 Heartbroken and disillusioned, Rebecca Howland is done with all men. Especially noblemen. Past a certain age, she knows her previous life of carnal indulgence and grand adventure is over. Or so she thinks. Back at home, whilst working in her family’s shop, a moment of compassion entangles her in an old battle between two powerful, bitter enemies. A commoner, Rebecca finds herself falsely accused of a heinous act by a vicious member of the aristocracy. In grave peril, she turns to the one man she thinks can help her.

Stephen Drake, now inexplicably Baron Drake, has always desired Rebecca. When she turns to him, he vows to protect her at all costs, especially from the dangerous life he lives. The stakes are high and time is running out for her … and for him as well. Stephen finds himself driven to ruthless actions that threaten to kill the fragile bond between them.

Years ago, Rebecca forbade herself to love Stephen Drake. Now he’s back, no longer the young man she remembers but a dark and dangerous stranger. When he demands a fortnight of her complete submission in return for his protection, his sexual dominance ignites carnal passion that makes her feel alive like never before. But … dare she trust a man with too many secrets?

She opened her mouth to deny him.
He brought his mouth down on hers, cutting off her protest. He thrust into her mouth, the taste of his hot, wet tongue more fiery than the best whisky. She shook, not with fear but with anticipation for the next stroke of his tongue against hers.
It came and delicious shudders quaked through her. Another stroke and another. Ruthlessly, he gripped her head and angled it, thrusting deeper. Taking her breath. Sucking her very soul and taking everything.
She didn’t care.
Every inch of his long, lean body pressed hers. She could feel the whipcord strength of his powerful muscles. Could feel his trembling as though he were holding back his ardour. His erection throbbed against her stomach, huge and hard. Heated.
A feeling of letting go, as though a tremendous weight had suddenly lifted from her. As though she’d been waiting forever for this moment. Tenderness burst within her. Her limbs went weak. Her fists unfurled and she grasped his shoulders, learning his feel, breathing in his scent, glorying in his taste, his strength, his forcefulness.
Stephen.
Her Stephen.
If she could, she would simply melt into him. She clung desperately to his hard body, surrendering herself wholly.
He tore his mouth from hers.
She cried out in protest.
He swept her up into his arms then lowered her. Her backside touched the table and the rickety wooden frame groaned and creaked.
He swooped down on her then gripped her chin in his large hand, gently yet firmly holding her in place. His eyes bore into hers, predatory, determined. “Now, tell me that you don’t know me.”