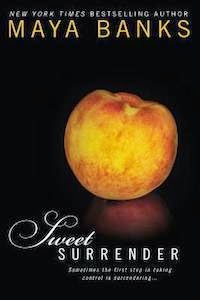 The hero rubbed me wrong. If he could have gotten away with sticking Faith in a padded genie bottle and rubbing the base when he wanted to play with her, I think he probably would have. And Faith…there are attempts at making her a worthy heroine…with her realization of what she needs and that it’s okay to feel that way, but she’s more like a stuffed poodle…limp and filled with white fuzz. I didn’t identify with her at all. Nor did I understand why she didn’t just freaking tell someone her freeloading mom was calling again.

And then the ménage? I’m not adverse to those, but this one felt as though it had been thrown in for the sake of upping the heat level without adding anything at all. That interlude didn’t bring the characters closer, it only made Gray seem creepy (even though Faith does say it’d make her hot).

None of this would have.

So if you’re after pure escapism with a side of overbearing hero and some light bondage, snap this one up.
Posted by Unknown at 12:00 AM