Character Interview: Leelee from Stone, At Your Service 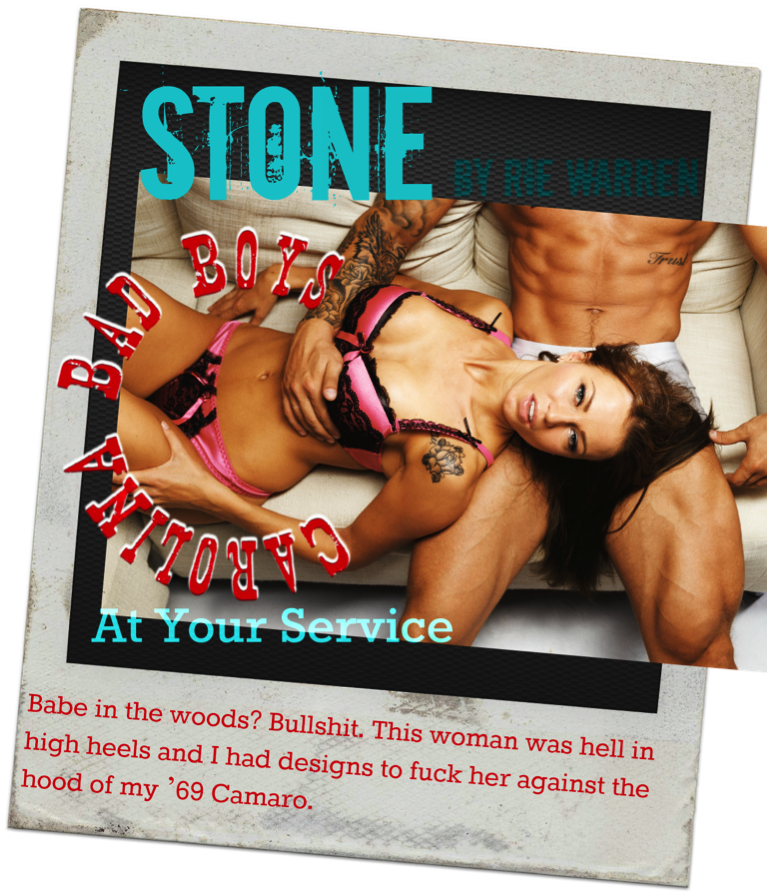 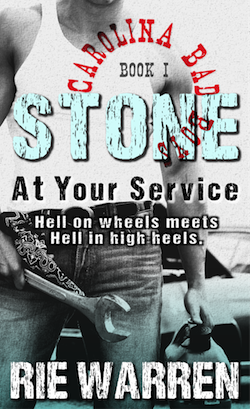 Bad boy mechanic Josh Stone likes to get his hands dirty any way he can—the filthier, the better. Ever since his wife walked out on him and their young son, he’s only had room in his heart for two loves: the kid and cars.

Roped into playing his best buddy’s gay boyfriend during a romance writers convention, the player meets the girl who’s gonna rock his world. Leelee Songchild. Shy, bashful, beautiful Leelee who blushes at the drop of a hat yet writes hardcore smut to rival Josh’s backlist of Penthouse Forum.

The only problem is his hands are tied. Josh can’t stab his old friend/fake lover in the back even though all he wants to do is take luscious Leelee to bed, and maybe, love her. When the truth comes out, all hell breaks loose.

Too bad romance is just for books.

Hi, Leelee! Thank you so much for sitting down with me. I’m such a fan of your books. It’s neat that we get to see how you and Josh Stone ended up together. Are you okay with chatting a little about that?

Hi, Drea. It is purely my pleasure to join you. Josh and I certainly had a whirlwind start to our romance.

1. When you and Josh meet, there’s a bit of a mishap with your stuff. Swag (I think) and other items end up all over the lobby floor. I’m curious about one thing. What item would you have been mortified if it had landed on the floor in front of Josh?

Oh, good question! As you know, I’m somewhat of a shy person, at least around large crowds, and I was mortified when that happened. At my first big convention, no less. I would’ve died if he came across my stash of condoms—not that I had any intentions of using them. And they sure came in handy with him later.

2. So your ex Patrick came out as bi as you picked out china patterns, how did it feel to discover Josh was faking being gay?

I was shocked. I mean, I knew something was off with his relationship with Nicky. Josh sure wasn’t shy about how his feelings for me, which made everything even more confusing. After the shock, I was angry, furious! I felt used. It took me some time to come to my senses, to see he was in this impossible situation he had no control over, just as he had no control over his feelings for me.

3. Josh seems to have some moves…on the dance floor, I mean. What is his signature move?

Ha! Oh yes, Josh has more moves than any man ought to have a right to. That’s part of what makes him so damn irresistible, and sometimes infuriating. I have to say most of his signature moves are with that delicious fedora he wears but when we’re dancing, he can do no wrong. I love it when he dips me, and he has me in his complete control.

4. You wear several wigs and outfits during the convention. What is your favorite look?

My favorite look during LitLuv was my femme fatale outfit from the RAWRing Twenties flash mob. The black dress, the black bob, the fishnets…Josh didn’t even recognize me at first. I enjoyed toying with him, turning the tables on him.

5. If you and Josh were going to restore a car together, what kind would it be?

That would have to be a sexy ’67 Chevelle SS in Marina Blue. Hell yes. You know what, Drea? I might have to mention that to Josh. Although I don’t imagine we’ll get much work done…him, in those damn coveralls…

6. Where would you most like to take a trip in Josh’s car?

A trip up the northeast coast in the fall would be beautiful. I’d love to see all those gorgeous fall colors, eat some lobster, tool around just taking our time. Of course, we’d have to bring JJ this time, but maybe not Mews after our last trip from Louisiana. Josh almost murdered my cat.

7. What was it about Josh that caught your attention and held?

First, it was his looks. I’m going to sound like a typical romance writer but there’s an incredible smoldering intensity about him—he’s very confident, and that’s sexy. What held my attention, though, was the way he talked about, and to, his son, JJ. He’s so loving and dedicated. He can be as gruff and macho as he wants but, my lord, Josh has the biggest, kindest heart.

8. Will you be bringing Josh to next year’s convention and if so, what will the highlight be? Will he be a Coverdale?

I don’t know if I should let him out around all those women again. Even when he was pretending to be gay, he attracted more than his fair share of female attention. I imagine Jules Gem already has plans in motion for him, and don’t tell Josh, but I love to watch her railroad him. I think she’s the only person who scares him!

It’s likely we’ll be returning, this time as a couple. And this time, I am not letting those LolliPOP Grrrls anywhere near my man.


I don't blame you! Those Grrrls were on the wrong side of scary unlike Ms. Gem and the rest of Nicky's crew.

Thanks so much for taking the time to answer my silly questions. I hope readers will pick up your story and meet you and Josh for themselves! :) 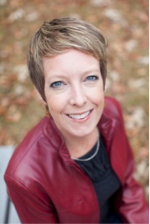 Rie is the badass, sassafras author of Sugar Daddy and the Don’t Tell series–a breakthrough trilogy that crosses traditional publishing boundaries beginning with In His Command. Her latest endeavor, the Carolina Bad Boys series, is fun, hot, and southern-sexy.

You can connect with Rie via the social media hangouts listed on her website https://www.riewarren.com. She is represented by Saritza Hernandez, Corvisiero Literary Agency. http://www.corvisieroagency.com/Saritza_Hernandez.html