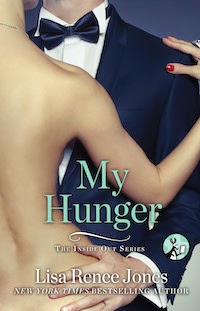 From New York Times bestselling author Lisa Renee Jones, an Inside Out series e-short told from Mark’s point of view, as he battles his all-consuming desire for Crystal.

Devastated by Rebecca’s death, Mark is facing the chaos of the press and the police investigation alone, his reputation, his business, and even his freedom under threat. When a family emergency sends him back east to New York, he puts Crystal—who’s as capable as she is challenging—in charge of his San Francisco art gallery. A Master, all about control, right now he feels that he has none. With his secret sex club and his relationships of the past in the spotlight, Mark finds sanctuary in the one place he promised he would never be again—but cannot seem to resist. Crystal’s arms.

MY HUNGER by Lisa Renee Jones

“Hi,” she says softly, almost timidly, and this part of her is as much who she is as the one who screamed more at me. The contrast appeals to me. She appeals to me.
“Hello, Ms. Smith,” I reply.
“Make up your mind,” she insists. “Is it Crystal or Ms. Smith?”
My lips curve. “I find I’m surprisingly willing to keep my options open where you’re concerned. Let me help you with your coat.” I step behind her, my hands settling on her shoulders, my actions making my words a command rather than a question. I do not intend to ask Crystal Smith for anything.
“Thank you,” she murmurs, shrugging out of the trench coat.
Testing the tension between us, I drag it down her arms, letting my hands caress the sheer red chiffon sleeves of her dress, and she shivers. The attraction between us is a simmering heat ready to boil over, and no matter how absolutely wrong she is for me, or me for her, we aren’t through with each
other.
The waiter appears and I’m handing off Crystal’s coat when she whirls around and intercepts it. “I’ll keep it here,” she says quickly.
The way she holds it close tells me she’s preparing for a fast retreat, which means I’d been right. She ran from my hotel room.
I motion to the seat, silently suggesting we sit, but she doesn’t immediately move. Of course not. That would suggest a hint of submission, and she doesn’t intend to submit. And since I don’t intend to ever convert another woman who isn’t already living the lifestyle, we have no options. We cannot fuck again, no matter how much tension is in the air.
So we stand there, the seconds ticking by, and I arch a brow. Her sweet little pink tongue flicks over her lush, red-painted lips, and I think of how close I’d been to having that tongue and mouth on my cock. I slide into the booth, noticing how Crystal sits far from the center, where lovers might gravitate. We, though, are not lovers. We are “just a fuck.” Not even two.
The waiter returns and offers us menus. Crystal accepts hers, opening it, and glances across the table at me. “Do you have a recommendation?”
“We’re both virgins tonight,” I say.
She laughs, mischief in her eyes. “I’m pretty sure you weren’t a virgin even when you were born, Mark Compton.” The waiter chokes and Crystal flushes, as if she’d forgotten he was there.
I cut a look at the college-age waiter, who is looking like a deer in the headlights, not sure if he should go or stay. “Do you have a recommendation?”
Looking relieved, he quickly replies, “Best burger and fries in New York City.”
“Just fries for me,” Crystal says. “And a Diet Coke.” She slides her menu across the table. “The diet drink makes up for the grease.”
This somehow perfectly fits the logic I’m coming to expect from her. “I’ll take the burger with my fries,” I say, also offering my menu to the waiter. “Well done, with bacon and cheddar cheese.” My lips quirk. “And a Diet Coke to combat the grease.”
He snatches up our menus and departs. Crystal smiles at me. “I’m a good influence on your diet.”
“Had I known Diet Coke killed grease, I’d have given up my gym routine and healthy eating for burgers and fries a long time ago.”
She sighs, and the tension I’d sensed in her seems to be fading. “Truthfully, I normally force myself to order a salad, but I’m just too exhausted to care tonight.”
“I trust you had our contracted courier handle the delivery of the auction items?”
“Yes. They should arrive tomorrow.”
“And I’ll head back to San Francisco tomorrow. They hope to release my mother from the hospital on Thursday, so if all goes well I’ll be back by then.”
“Don’t worry about Riptide. I’ll take care of the auction house and let you know if I have a problem I need help with.” Her tone sobers. “You can count on me, Mark. Nothing is going to change that, and I’m very attached to your mother.”
“As she is to you.” My curiosity about why she doesn’t work for her family’s computer empire gets the best of me. “Are you close to your mother, as well?”
“I love her very much, but we’re very different. I think I bond with your mother because we’re so alike.”
“Driven and hard-headed,” I comment. “I’d have to agree. And your mother is . . . ?”
She seems to consider her choice of words before saying, “Submissive.”
“Submissive,” I repeat, reminded of a few other comments that make me wonder if she’s more familiar with the BDSM world than she’s let on. “To your father?”
“To him and to everything. It’s her personality.”

“Then you inherited the dominant gene from your father, I assume.”
“I’m adopted, so what I inherited are overly protective, loving parents and two brothers. If they all had their way, I’d work for the family business and I’d live in a luxury apartment I didn’t earn myself. They’d examine the resumes of any men wishing to date me and ask for a medical report on anyone I slept with, and in general my world would be those roses and chocolates I mentioned.”
Her words seem playful, but there’s something dark in her eyes, something vulnerable—and if I’m right, there’s pain. “How old were you when you were adopted?” I ask, choosing my questions cautiously.
“Fourteen, and yes, it’s an old age to get adopted.”
I know what it’s like to bury something that hurts that you don’t want to be known, and I know when I see it in someone else, as I do now with her. Suddenly there’s so much more to Crystal Smith than there was before, an explanation for why I’m drawn to her.
About to ask where she was before the adoption, I silently curse when the waiter appears and places our drinks on the table.
“So,” Crystal says the instant we’re alone, as if she’s trying to direct the conversation away from whatever I might ask next. “You mentioned wanting to talk to me about something. What is it?”
Seeing no point in waiting, I reply, “I assume you know what happened with my gallery back in San Francisco?”
“I know your sales rep Mary was arrested for trying to move counterfeit art through Riptide, and shockingly Ricco Alvarez was involved. I’m not sure what makes a famous artist worth millions do such a thing.”
Jealousy over Rebecca. “The important thing is that you’re prepared for customers who might have read about it and have questions.”
“Your mother and I discussed how to handle press inquiries and customer concerns.”
There’s one problem solved. “Do you know about Rebecca?”
“The last I heard, she was on a leave of absence.”
A band seems to tighten around my chest. “She was.”
Brow furrowing, Crystal asks, “Was? She’s back or . . .” Her eyes go wide. “Oh no. Was she involved in the counterfeit situation, too? Your mother seemed to think so much of her. That would destroy her.”
She’s right. My mother was fond of Rebecca, much like she is of Crystal. “She wasn’t involved. She’s dead.”

Want more of this? Go here for the continuation of this excerpt! 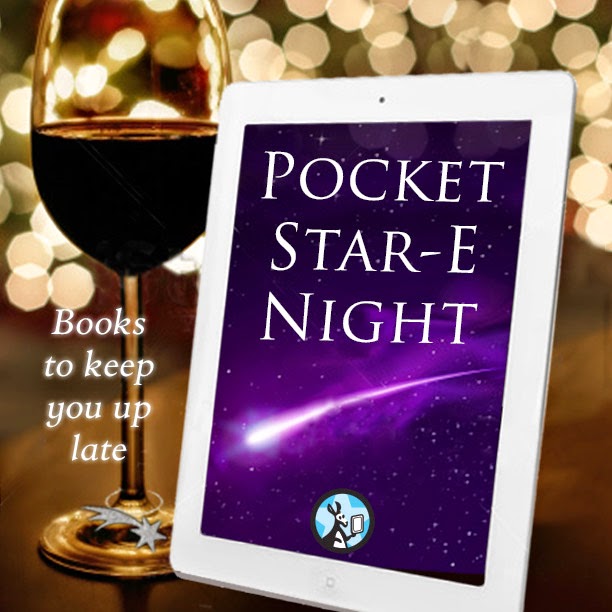