Drea's Review: You Are Mine 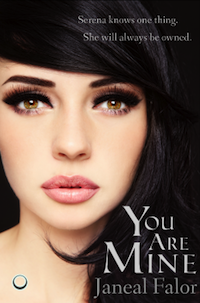 In a society ruled by powerful warlocks, being female is almost as low as being tarnished. Serena is the eldest daughter in a family of daughters. She's betrothed (read: sold) to a boorish young warlock based only on the power in her veins. But he doesn't last through the annual tournament. A barbarian from another land wins her. Certain she'll be abused even more than the horrible man she'd been promised to, Serena tries to behave. But behaving isn't in her nature. And when her betrothed doesn't punish her as everyone believes he should, she continues speaking her mind until something more than ownership develops.

This is another book where the cover drew me in. The blurb about being owned intrigued me enough to grab it. The whole male dominant fantasy society is the driving factor in this book, and probably the entire "Mine" series. But it went so far that I just…I wasn't into it.

Technique-wise the book is written well. And the hero is quite lovely. But Serena didn't engage me. She's supposedly brought up in this society where women are nothing but broodmares and she has spent her life taking punishments to protect her sisters and yet she's hopelessly outspoken and disobedient. I'd understand that behavior from one of the sisters who was sheltered from the brunt of the abuse, but from the eldest who took the beatings? I can't buy into that.

I'd have rated this higher if the romance had played a larger role in the story, but it's so slow building and hidden beneath all the world building. The pay off isn't until the very last page. I admit I read to the end simply because it was never quite clear if there would be a happy ending for our couple, so in that, the author has succeeded.
Posted by Unknown at 12:00 AM