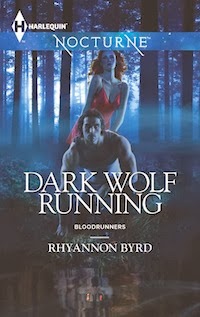 After a horrific rape and an abusive father, a psychosomatic inability to use her werewolf powers is the least of Elise’s problems. She’s trying to get her life back on track and that doesn’t include playboy Wyatt. But he scents the truth of their bond. He’s fought against the pull to his mate for months but is done fighting. She’ll be his...at least for a night. But neither is ready to get involved. Attacks on their lives thrust them closer together until they have no choice but to overcome their myriad issues.

First, the official blurb mentions nothing about rape (mine does!). As I’ve mentioned in other reviews, I’m not a fan of books where rape is an issue. There’s also heaps of back-story from other books that is included in here…most of which I wasn’t terribly interested in. The lore/universe of the different wolf packs plus half bloods didn’t grab my attention.

That said, I did enjoy Wyatt and, even though she was a victim, Elise wasn’t an annoying heroine. I’d have liked this romance a heck of a lot more if both the heroine and hero hadn’t run out on each other during the course of the book. One moment everything was lovely for the pair, and then bam one of them was running. I literally shouted at my Kindle when it happened, both times. The author explains the first instance fairly well...after the fact. But the second instance I couldn’t get behind.

The writing style wasn’t bad. The love scenes—once we got them—were hot.

Grab this if you're mad for werewolves and Alpha males with soft sides :)