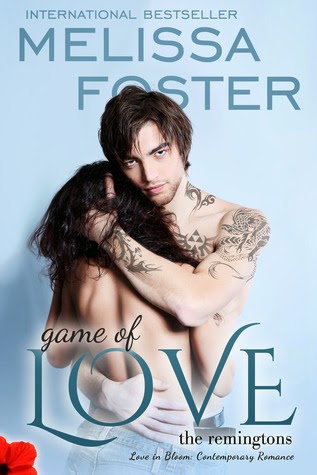 Ellie Parker is a master at building walls around her heart. In the twenty-five years she’s been alive, Dex Remington has been the only person who has always believed in her and been there for her. But four years earlier she came to Dex seeking comfort, and then disappeared like a thief in the night, leaving him a broken man.

Dex Remington is one of the top PC game developers in the U.S. He’s handsome, smart, and numb. So damn numb that he’s not sure he’ll ever find a reason to feel again.

A chance encounter sparks intense desires in Ellie and Dex. Desires that make her want to run—and make him want to feel. A combination of lust and fear leads these young lovers down a dangerous path. Is it possible to cross a burned bridge or are they destined to be apart forever?


Why I am waiting:
I've been in the mood for a nerdy type of guy, so this looks like it might fit the bill. Sounds like there is going to be drama too, I'm intrigued.