Once in a blue moon…
For Rafer Breaux, life in the Louisiana Bayou is harsh, violent—and deeply sensual. The Cajun werewolf lives for his Pack and he’ll do whatever it takes to keep his brothers safe. The longer a wolf lives without a mate, the harder it becomes for that wolf to shift back. To remember that he is a man—and not a monster. And those mates can only be found during a blue moon. When a blue moon finally rises, Rafer will need every weapon in his sensual arsenal to tempt one special woman into his arms and the heart of the Pack.

The Pack hunts for mates
Fighting to keep her family farm, Lark Andrews isn’t looking for love. Even if the very sexy Breaux brothers make her dream of hot bayou nights spent in their arms. When the blue moon leads Rafer to her door, however, Rafer has her rethinking her position on all work and no play. Now, the bayou nights are heating up as Rafer fights to convince her, one sensual touch at a time, to give love and passion a chance. But Rafer isn’t a one wolf deal. Is there room in Lark’s heart—and bed—for Rafer and his Pack?

Dre and Landry Breaux do everything together. Fishing, fighting—and loving. A whole lot of loving. When the blue moon leads these Cajun werewolves to their fated mate, however, they’re ready to reform. Now, they’ll fight to keep the woman of their dreams safe from the evils lurking in the Louisiana bayou—and to tempt her into taking a chance on two of the bayou’s sexiest bad boys.

Mary Jane Johnson is no heartbreaker. Running from a troubled past, the bayou captain wants only to be left alone. When she takes a pair of bayou bad boys on board, however, Dre and Landry have her rethinking her need for space. These two big males have promised to take orders—all of her orders. Suddenly, she’s dreaming of getting as close as possible… to both of the Breaux brothers.

The rising of the Blue Moon will lead the Pack to their destined mates… but some women are hard to claim.
Alpha to the bone, Cajun shifter Dag Breaux must find his Blue Moon bride to preserve his humanity. Each passing day sees him lost further and further in the shift, more wolf than man. Emotions and feelings are foreign territory for Dag and all he has to offer his newfound female is raw, passionate sex and protection from the centuries-old vampire stalking the Louisiana bayou.

Bayou mechanic Riley Jones stands on her own two feet. Always. She doesn’t need or want Dag’s infuriating brand of protection. Plus, she has secrets of her own that she’s desperate to keep. But there’s no denying the passion that burns between them and in the arms of her rough and tough shifter she discovers a darkly sensuous, no-holds-barred loving. When the vampire threatens Riley’s nearest and dearest, she must ask herself if resisting Dag’s mate claim is worth losing everything she cares about… or if teaching her wolf to love is worth the risk. 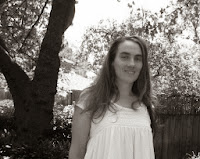 Anne Marsh writes sexy contemporary and paranormal romances because the world can always enjoy one more alpha male. She started writing romance after getting laid off from her job as a technical writer—and quickly decided happily-ever-afters trumped software manuals. She lives in Northern California with her family and six cats.

Giveaway:
Ann is giving away the following prizes at the end of the tour:
GRAND PRIZE:  $25 Amazon card
RUNNERS-UP:  Three (3) runners-up get an eBook of choice from the Blue Moon series.