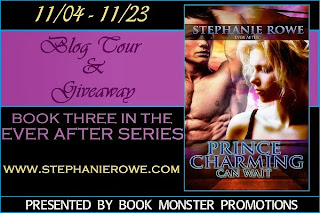 No Knight Needed
Ever After, #1

Broad shoulders silhouetted in the night. Strong arms anchoring her against a powerful chest. A modern-day knight in shining armor on a stormy mountainside… Who has time for that kind of fantasy? Not Clare Gray, that's for sure. The plucky single mom is a little too busy to dream about turbulent dark eyes brimming with intensity, and sensual kisses that ignite her soul. But when Boston business mogul Griffin Friese steps out of his black truck on the abandoned mountain road and helps Clare rescue her daughter from a deadly Maine storm, her well-ordered world implodes.

Suddenly, Clare finds herself having fantasies about tender loving and hot passion with the mysterious stranger with the rain-slicked jacket and the angel painted on the roof of his truck. The midnight encounter awakens yearnings in Clare that are far too dangerous to explore, but when she learns that her heroic knight is staying in town for a few days, he becomes a reality she can't deny. She's already barely surviving, so how can she risk her heart with a man who threatens everything she believes in?

Fairytale Not Required
Ever After, #2

Kisses that set her on fire.  A tender smile that melts her heart. Promises of forever…. It's the fairytale that no woman can afford to believe in, especially not Astrid Munroe. Oh, she did once, long ago, but the scars etched on her heart remind her that the only one she can trust is herself. The flamboyant designer with the quick wit and spunky demeanor will never show the world how much she is struggling…until she meets Jason Sarantos, a man whose tormented past enables him to see the secrets she is trying to hide.

The connection between the two damaged souls is instant and electrifying, shredding the defenses Astrid had worked so carefully to erect, and tumbling her into a world of passion and vulnerability she can't control. Jason has moved to Maine to rebuild his life after the tragic death of his wife and youngest son, and Astrid's vibrant spirit ignites a searing fire in the single dad that he thought was long dead. Intense, soul-shattering passion explodes between the pair, threatening everything that they hold most dear.  Is there a way to stop the fire before it consumes them, or are they fated to a future more beautiful and more heart-wrenching than either thought was possible?

He would never.
Driven to heroism he wants no credit for, ex-military Harlan Shea is a loner with a single goal, a last respite from the life he has chosen to lead: not to die the way his father did. And there is one way, one woman, who can help him break that cycle.

She would never.
Still shadowed by a trauma she cannot forget, Emma Watson is damaged in ways she will never reveal, not to anyone…except the dangerous, intense man who has haunted her dreams for the last two years, a man she has barely spoken to, a man who has come back into her life for forty-eight hours.

The best intentions…
A full moon. A dark sky. A whispered confession. A secret pact between two almost strangers who will part ways in the morning, never to speak again. But when these two combustuous, passionate souls finally come together…nothing will ever be the same again. Is there any way to recover from what they have done, or are they doomed to the very fate they were trying so desperately to escape? 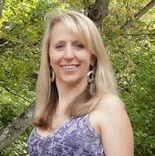 Giveaway:
Stephanie is giving away winners choice of eBook from either the ORDER OF THE BLADE, EVER AFTER or ALASKA HEAT series to EIGHT (8) winners at the end of the tour.
a Rafflecopter giveaway
Posted by LilyElement at 12:00 AM