Don't forget to enter the giveaways at the bottom of the post!


Blurb:
Warning: get ready for a testosterone overload. The guys are in the driver's seat in Seduced - and the ride's gonna rock.

Twenty-three year old Nick Crandall has one focus in his life: Oblivion, the band he formed with his best friend Simon Kagan. With gigs coming up and the band members lacking focus after losing their drummer to rehab, they're out of ideas. Until Oblivion's bassist, Deacon McCoy, poses a surprising suggestion.

Bring in someone new. Two someones.

One You Tube video gone viral later, Oblivion is poised on the brink of stardom. With their new hot drummer chick — who comes in a package deal with a talented guitarist who happens to be head over pick in unrequited love with her - it seems like everything's falling into place. Or will the band Nick and Simon have fought to keep together disintegrate before their eyes?

Four guys & one woman + more success than they ever bargained for = trouble, of the sexiest kind.

Get Seduced by this novel-length introduction to the band Oblivion. This preview occurs before the four forthcoming books about each of the band members. Sometimes getting lost means finding yourself...

Review:
Seduced is about the band Oblivion that hasn't quite made it yet. They have a few gigs but nothing major. The band members look for a drummer and manage to find a dynamic duo (Gray and Jazz) that are just what they needed. Though it starts out rocky between the band members, they quickly adapt and make compromises so the band can succeed without major issues.

Simon is a love em and leave em type of guy. He's the type of band member that I've read about oh so often, yet this time it was different. I started out thinking I wouldn't really like him, but I grew to love and look forward his portions of the book.

Nick is the oh so serious guitarist with a major case of jitters when it comes time to get on stage. He wants the band to hit the big times and kind of forces the others to do things that are best for the band. That doesn't always go over so well, and definitely causes some tension.

The others in the band are noteworthy of their own accord, but I don't want to giveaway too many details. Jazz sounds like a complicated woman (she's the drummer) that perfectly balances one of the characters. The two characters that I NEED to know more about are Deacon (the bassist) and Gray (guitarist). Lucky enough for me, Deacon's book is coming out in September!

Seduced is like going to a concert, its opening was pretty good but it just kept getting better and better as I kept reading. I will note that there are some serious sexy times (including a few menage a trois scenes) throughout the book so Seduced is not for the faint of heart. However if you want to be entranced while reading about some awesome band members, this is the book for you.

Offstage he’s the Peacemaker, the mastermind who keeps his volatile band from imploding.

Opening for their idols on their first ever tour, Oblivion is living the dream. That dream becomes a nightmare when Oblivion draws more attention than the headliner and egos clash. Frustrated at being shoved out of his mediator role by their new manager, Deacon McCoy loses himself in brutal workouts only coming up for air long enough to refuel—and that means hunting down the catering truck at odd hours.

Especially the deliciously cute chef who excites his taste buds as much as his body.

The child of roadie parents, Harper Pruitt has heard every pickup line twice. To her, musicians are one step above the scraps on her cutting board. All she wants is to get enough experience to run her own catering company, but Deacon and his bottomless and surprisingly gourmet stomach is too tempting to resist. Before long, she finds herself wanting to experiment with him outside the kitchen.

When Harper sees that Deacon’s sense of responsibility is doing him serious damage, she realizes he’s far from the typical rock star. But as the band's fame grows, she wonders if she can love a man who doesn't know how to let anyone in—even her.

You met Deacon McCoy in SEDUCED, now you can watch just how far a big man can fall. 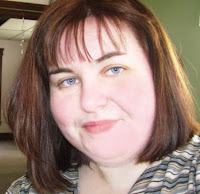 Cari Quinn - USA Today bestselling author Cari Quinn wrote her first story—a bible parable—in 2nd grade, much to the delight of the nuns at her Catholic school. Once she saw the warm reception that first tale garnered, she was hooked. Now she gets to pen sexy romances for a living and routinely counts her lucky stars. When she’s not scribbling furiously, she can usually be found watching men’s college basketball, playing her music way too loud or causing trouble. Sometimes simultaneously. 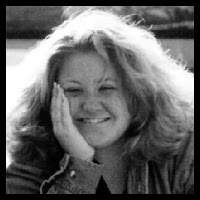 Taryn Elliott - I'm from the great state of New York--upstate NY, thank you very much. My family consists of a brother who takes care of keeping the snarky side of me alive and a dog that is more spoiled child than mutt. My writer-friends are the glue that keeps my crazy ideas more in the sane category, and my non-writerly friends are the reason I'm not a complete hermit. I can't go a day without laughing and I truly do fall in love with each and every one of my leading men as I write their book. Music is life and every story has its own soundtrack.

Tour Giveaway:
One lucky winner that follows the tour will receive the following prizes:
Sterling Silver earrings
$10 GC to iTunes
$15 GC to Starbucks
Paperback of Seduced.
Paperback of Cari Quinn's Unveil Me
a Rafflecopter giveaway

Blog Giveaway:
One lucky follower will win an ebook copy of Seduced! Just fill out the google form below and I will email the winner on 8/24. Entries will be accepted until 8/23 11:59pm. The winner's information submitted will be supplied to the author so the prize can be delivered via email.Winner has been selected and emailed!
Posted by LilyElement at 12:00 AM