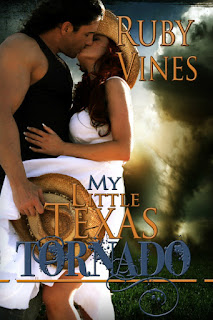 Colt Daniels is a Texas rancher known for his award winning steaks. The king rancher has known his good neighbor and vintner, Mr. Moon for years. In fact, he recommends the Moon Wines as the ideal label paired with his mouth watering steaks. When Mr. Moon dies and leaves the vineyard to his long lost niece, Savannah Moon, Colt offers to show her the ropes since the California girl is clueless, not only about Texas but about wine. Even his Southern Charm is lost on the snob who doesn't even have the decency to thank him for saving her life her first day in town.

Thing is, he ain't cut out to train someone he can't stand, even if Mr. Moon was like a grandfather to him. But there's no denying it, the Moons know how to grow 'em...wine and women. Savannah isn't a woman he can easily forget. Bitchy or not, he finds reasons to teach her about grapes, among other things. And while he's finding reasons to stomp the grapes with his new neighbor, a plan is brewing to bring the wine heiress down.

“Shoot! What am I going to do now?” Savannah Moon asked herself as she slapped the steering wheel with two bare palms.
The two carat diamond on her left hand sparkled when the lightning ripped through the sky, coming within inches of the sleek jaguar. Savannah jumped at the bright flash of electricity. Hail came in droves, pummeling the car, bouncing off the silver, motionless cat that sprang from the car hood.
“Holy Cow!” Savannah said out loud to no one. She’d never seen hail the size of baseballs. She hoped this type of weather was rare. She’d been much too worried about the heat to think of super cell storms popping up out of nowhere. She’d been in Texas two whole days and most of it so far had been spent holed up in an attorney’s office, signing papers. She’d rented the luxury car at the airport, the exact model she drove in California. What on earth could be wrong with it, she thought? Now she was stuck on the side of the road in one hell of a thunderstorm. What was that saying she’d heard her attorney say? Something about if you don’t like the weather in Texas, stick around, it’ll change.
She found some napkins in the glove box and wiped at the fog developing on the windshield.
“Oh no!” she groaned.
Good thing she’d purchased the rental insurance. The hail damage was going to be significant. She stared at the sky and looked down the lone road ahead of her. According to the map in her lap, the winery she had inherited upon her uncle’s passing was only half a mile up the road. She wondered if she should just hike it. If only this darn hail would let up. She tried the ignition again. The key merely clicked. The engine wouldn’t even turn over.
“Great!” she muttered.
She fished around her purse and found her cell phone. Who on earth can I call, she wondered. I know no one here. I’ve only met the attorney and I barely know him, she thought. She found the number to the rental company and dialed. The line rang once and then died. She tried again. She stared at the icon of a phone with a slash through it. “Great. No signal. Don’t cowboys use cell phones?”
She wiped at the windshield again with the dirty napkin and peered out. The hail had let up some but the sky seemed to darken even more. She studied the map in her lap and decided to go for it. It couldn’t be far and besides, her bags had already been delivered there. She could shower and change upon arrival and tomorrow she’d get down to business. Why didn’t these damn rental companies include umbrellas with their outrageous fees, she thought as she fished around the floorboard, hoping one would magically poke itself out at her.
She sighed, tucked her thin purse under her arm and opened the atlas she found tucked under the seat. This would have to do, she thought. She held it over her head, pulled the keys out of the ignition and exited the warm car. The hail stung as it struck her bare arms. She grimaced and pulled her arms to the front of her body. After locking the car, she started down the long, black road, looking for her new home. A home she had never seen.
Within seconds, her pale yellow sundress was drenched, soaking her to the bone. Her tidy bun was flattened on her head. Long, red strands fell over the sides of her face and into her eyes. She swiped at them. The atlas was absolutely no use. The hail had knocked it out of her hands twice and when she’d tried to reposition it over her head again, it had folded over into one big, wet mess. She tucked it under her arm, alongside her purse and trudged forward. Lightning struck the bare ground on the side of the road, a mere two feet from where she stood. She glanced back at the car. She was making good time. Once she passed over the top of this hill, she wouldn’t be able to see it at all.
“Keep going,” she said out loud, as her teeth chattered against frozen lips. She heard mooing and glanced over to the pasture at her left. A herd of cattle huddled beneath a giant oak tree. She felt the wind pick up behind her. Even the short hair on the cattle was laid flat in the strong wind. She walked faster. It can’t be much further, she thought. The wind at her back pushed her forward and for half a second she’d felt as though it had lifted her off the black, tar road. The rain picked up and shot sideways, making it impossible for her to see as she blinked and blinked. Any trace of make-up was washed clean off. She shook from the cold as another piece of hail thunked off her skull. Groaning, she walked faster. She was nearly jogging now in high heeled sandals when she heard a train approaching. She glanced to the right and saw an open pasture, dotted with sunflowers and bales of hay. She looked to the left where she saw another herd of cattle taking refuge under a massive oak. Where is the damn train, she thought to herself. She never heard the truck pull up alongside her, nor did she see the big man who ran toward her and threw himself onto her and into the ditch alongside the road just as the tornado bounced over them both and twirled across the winding road. 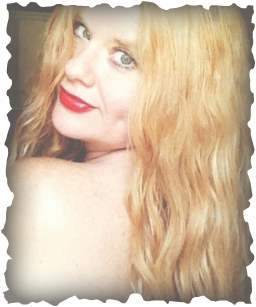 Ruby Vines (AKA Alisha Paige) was born and raised in the South.

Ruby writes on her red porch while her kids play in the water sprinkler. She loves to read at the park, the beach in the summer, by the fire in the winter and in bed when it rains.

Her favorite things in life are the sound of her children laughing, her kitty cat curled at her feet, girls’ night out, hazelnut coffee, candle light, thunderstorms, good books, nostalgic music, dark chocolate and red wine.

You can visit her online at www.alishapaige.com, tweet with her at @Alishawriter and email her at where she loves to answer every single email from her wonderful readers.

Giveaway:
Prize: 1 ebook copy of My Little Texas Tornado
Giveaway will end 2/9/13 at 11:59pm.
Winner will have 48 hours to respond via email to claim their prize.
a Rafflecopter giveaway
Posted by LilyElement at 12:00 AM