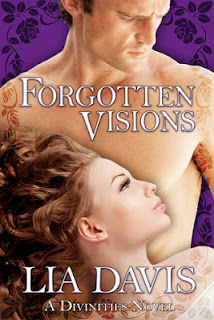 Book Description:
Kalissa Bradenton isn’t your average coffee shop owner. Born to an elite witch bloodline with a rare genetic mutation, she’s a Divinity on a mission. The death of her parents sends her away from her Maxville, Florida, home and into an ancient war between witches and demons. When childhood friend Ayden Daniels comes to her aid after an almost fatal accident, visions of a past she doesn’t remember sparks an old flame and new desires. With the past slowly becoming clearer, she eagerly sets her sights on mending Ayden’s heart and gaining his trust–until a ghost from her past returns to claim her as his demonic mate.

Ayden, the new Sheriff of Maxville and grandson of the oldest living Divinity, is investigating a series of Divinity killings. When he comes face-to-face with the one woman he hopes to have little to no contact with, old pain rises, quickly followed by anger and resentment. Through his rare power of adaptability, he learns actions from the past may not be what they seem. Hope fills his broken heart and determination pushes him to do whatever it takes to win Kalissa’s heart once more before he loses her forever.

Together they must find the strength to mend their tormented souls, while fighting an evil out to destroy the world. 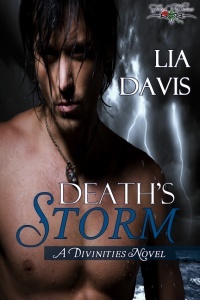 Book Description:
Technical genius and demi-goddess--aka Divinity--Khloe Bradenton relies on no one for help, and she definitely doesn’t need comfort from anyone other than her twin. After her parents died by the demons’ hands over two years ago, she has graciously stepped up to her place in the war between demons and witches. When a creature far more dangerous than the ones responsible for killing her parents claims he is her guardian, she is torn between her desires for the dark predator and the painful loss she has endured at the hands of her enemies.

One of the last death demons still in existence, Jagger has pledged his life to the Goddess Hecate. Charged with the guardianship over the Divinities, he is never to approach them, but to aid them from a distance. When the firestorm, Khloe, sacrifices herself to save her twin and best friend and becomes the prey, he has no chose but to reveal himself to her. He is taken by surprise when the need to claim her as his own emerges. A desire he has never felt before could be more dangerous than the demons out to destroy them. 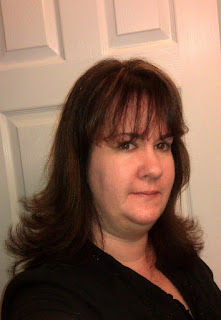 Lia Davis is a mother to two young adults and two very special kitties, a wife to her soul mate, a paranormal romance author, graphic designer, and co-owner to Fated Desires Publishing, LLC. She and her family live in Northeast Florida battling hurricanes and very humid summers. But it’s her home and she loves it!

An accounting major, Lia has always been a dreamer with a very activity imagination. The wheels in her head never stop. She ventured into the world of writing and publishing in 2008 and loves it more than she imagined. Writing and designing are stress relievers that allow her to go off in her corner of the house and enter into another world that she created, leaving real life where it belongs.

Her favorite things are spending time with family, traveling, reading, writing, chocolate, coffee, nature and hanging out with her kitties.

Giveaway:
Tourwide giveaway - $25 Amazon or B&N GC (winner's choice) and a swag pack
a Rafflecopter giveaway
Posted by LilyElement at 12:00 AM