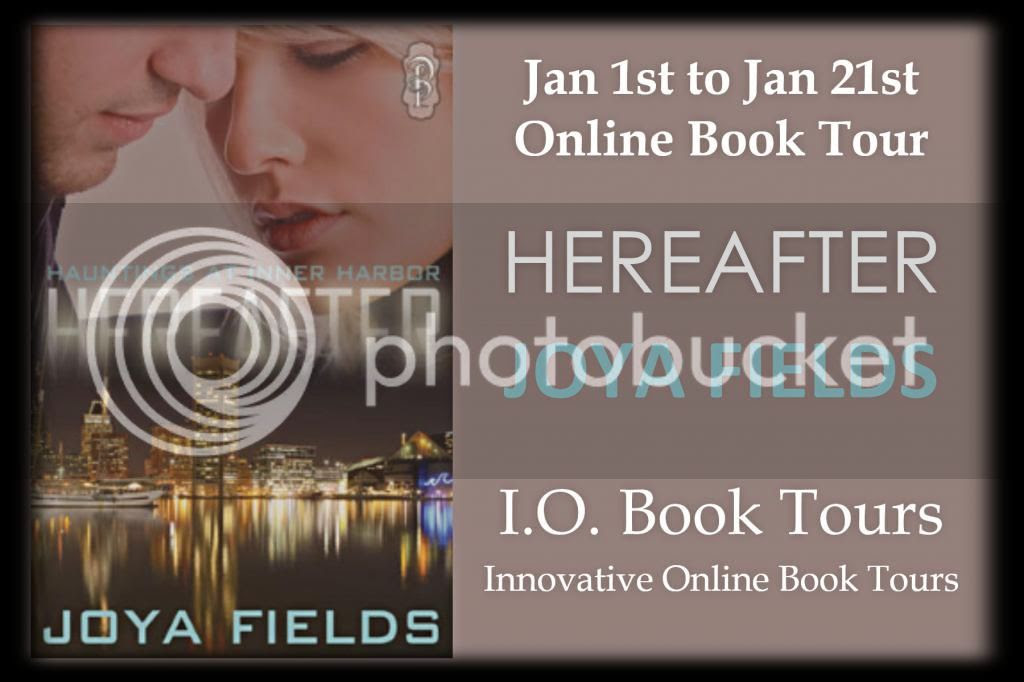 Book Blurb:
When by-the-numbers accountant Rob Morrison, a skeptic of all things paranormal, moves into a new apartment and discovers it is haunted by the corporeal ghost of a beautiful woman, he must hastily reconsider his beliefs and revisit his painful past.

With no memory of her time on earth, Angie Barsotti doesn't understand why she’s compelled to visit the same apartment every night as a ghost caught between two worlds. If she’s to have a chance to move on, she needs to find the missing pieces of her life and death through the man who lives there…if only he’d believe in her.

Together they struggle to find the truth about her death and stumble upon a very pleasurable way to time travel, hopeful they can prevent her death. But someone doesn't want them to discover the truth. And if she’s human again, will she have any memories of her time as a ghost…and more importantly, will she remember the man who helped her find her way?

Joya Fields has had over 100 stories and articles published in local and national magazines and her debut novel, BENEATH THE SURFACE, a romantic suspense, released in January, 2012. LOVE DELIVERED, a contemporary romance, is also now available.

Over the years, Joya has taught arts and crafts, worked in public relations, owned a daycare center, helped her children raise prize-winning 4-H livestock, competed in three marathons, and even spent a year as a Baltimore Colts cheerleader. Joya loves spending time with her high school sweetheart/husband of over twenty years, two very supportive children, and a pug who follows her everywhere.

Angel’s body tingled. Her skin rippled with electricity, and she recognized the signs that she’d be transported soon. Yes. Finally. She closed her eyes, wishing she could rush the transition from her world to his. Cool air prickled her skin and she stood in the man’s dark apartment. With moonlight shining through the sheers, she could make out his form on the sofa. He jumped up and faced her. She wanted to speak, but she couldn’t. “The electricity went off again,” he said. She frowned. He stepped closer. “Ghosts don’t exist.” No. He couldn’t banish her again. She needed something in this world. The lights flickered, sizzled, and then went off again. Please don’t tell me to go away; it makes me go away. She might not have a voice in this world, but she could at least think it. She would not go, not when potential answers waited in this place. The man stepped closer. “What are you doing? Angie, why do you keep coming here?” Don’t tell me to leave…don’t tell me to leave. Pictures flew into her mind. People smiling and laughing. A tree in the corner with white lights and boxes under it…. He’d called her Angie. “You know me?” Her words came out a whisper, but at least they finally came out. Tears tracked down her cheeks. The electricity flickered on, and then, stayed off. The air stopped sizzling. She blinked to adjust her eyes to the darkness again. “Christ, this can’t be happening.” He moved his fingers over something in his hand and then pocketed it. She closed the distance between them and grasped his upper arms, pleading him with her eyes because her voice had left her again. “Yes, I know you.” He glanced away and looked out the window, let out a huff of breath, and then gazed at her. “Your name is Angie Barsotti and you used to live here.” No wonder the place felt so familiar. Her spirits lifted. He could help her find out who she was, help her find out what was going on. “And,” he dragged a hand through his hair. “You died and I don’t believe in ghosts.” Cold air, cold as ice tore through her, ripping her from the apartment.

Buy it at : Amazon  Decadent Publishing  Barnes and Noble
Posted by LilyElement at 12:00 AM