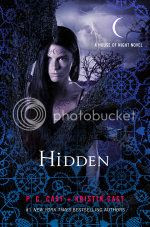 Hidden - P.C. Cast, Kristin Cast
Neferet’s true nature has been revealed to the Vampyre High Council, so Zoey and the gang might finally get some help in defending themselves and their beloved school against a gathering evil that grows stronger every day. And they’ll need it, because Neferet’s not going down without a fight. Chaos reigns at the House of Night. 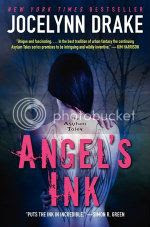 Looking for a tattoo—and maybe a little something extra: a burst of good luck, a dollop of true love, or even a hex on an ex? Head to the quiet and mysterious Gage, the best skin artist in town. Using unique potions—a blend of extraordinary ingredients and special inks—to etch the right symbol, he can fulfill any heart's desire. But in a place like Low Town, where elves, faeries, trolls, werewolves, and vampires happily walk among humanity, everything has its price.

No one knows that better than Gage. Turning his back on his own kind, he left the magical Ivory Tower where cruel witches and warlocks rule, a decision that cost him the right to practice magic. And if he disobeys, his punishment—execution—will be swift.

Though he's tried to fly under the radar, Gage can't hide from powerful warlocks who want him dead—or the secrets of his own past. But with the help of his friends, Trixie, a gorgeous elf who hides her true identity, and a hulking troll named Bronx, Gage might just make it through this enchanted world alive. 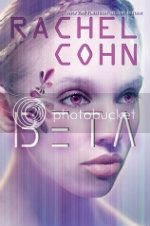 Beta - Rachel Cohn
Elysia is created in a laboratory, born as a sixteen-year-old girl, an empty vessel with no life experience to draw from. She is a Beta, an experimental model of a teenage clone. She was replicated from another teenage girl, who had to die in order for Elysia to exist.
Elysia's purpose is to serve the inhabitants of Demesne, an island paradise for the wealthiest people on earth. Everything about Demesne is bioengineered for perfection. Even the air induces a strange, euphoric high, which only the island's workers--soulless clones like Elysia--are immune to.
At first, Elysia's life is idyllic and pampered. But she soon sees that Demesne's human residents, who should want for nothing, yearn. But for what, exactly? She also comes to realize that beneath the island's flawless exterior, there is an under-current of discontent among Demesne's worker clones. She knows she is soulless and cannot feel and should not care--so why are overpowering sensations cloud-ing Elysia's mind?
If anyone discovers that Elysia isn't the unfeeling clone she must pretend to be, she will suffer a fate too terrible to imagine. When her one chance at happi-ness is ripped away with breathtaking cruelty, emotions she's always had but never understood are unleashed. As rage, terror, and desire threaten to overwhelm her, Elysia must find the will to survive.
The first in a dazzlingly original science fiction series from best-selling author Rachel Cohn, "Beta "is a haunting, unforgettable story of courage and love in a cor-rupted world. 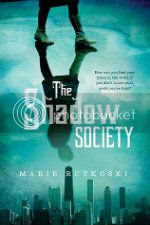 The Shadow Society - Marie Rutkoski
Darcy Jones doesn’t remember anything before the day she was abandoned as a child outside a Chicago firehouse. She has never really belonged anywhere—but she couldn’t have guessed that she comes from an alternate world where the Great Chicago Fire didn’t happen and deadly creatures called Shades terrorize the human population.

Memories begin to haunt Darcy when a new boy arrives at her high school, and he makes her feel both desire and desired in a way she hadn’t thought possible. But Conn’s interest in her is confusing. It doesn’t line up with the way he first looked at her.

As if she were his enemy.

When Conn betrays Darcy, she realizes that she can’t rely on anything—not herself, not the laws of nature, and certainly not him. Darcy decides to infiltrate the Shadow Society and uncover the Shades’ latest terrorist plot. What she finds out will change her world forever . . .

In this smart, compulsively readable novel, master storyteller Marie Rutkoski has crafted an utterly original world, characters you won’t soon forget, and a tale full of intrigue and suspense. 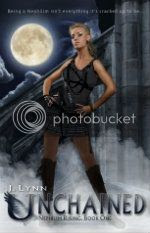 Unchained - J. Lynn
Between the pissed off creatures that want demon-hunter Lily Marks dead and the fallen angel who just...wants her, Lily is about ready to trade in forever for a comfy job in a cubicle farm.

The fact that she and Julian are civil to one another is enough to have her thrown out of the Sanctuary, but she can't shake her not-so-angelic stalker or how he brings her dangerously close to ecstasy.

Her forbidden relationship with Julian provides the perfect fuel for suspicion when a traitor is discovered to be working within the Sanctuary. Lily quickly finds herself hunted by well, everyone.

Her only hope is to discover the real traitor before she loses everything--and she'll need Julian's help. That is, if Julian is really there to help her...and not destroy her.

Yeah, being a Nephilim isn't everything it's cracked up to be.
Posted by LilyElement at 9:16 AM