Here are a few new releases out today! 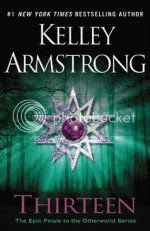 It’s been more than ten years, a dozen installments, and hundreds of thousands of copies since Kelley Armstrong introduced readers to the all-too-real denizens of the Otherworld: witches, werewolves, necromancers, vampires, and half-demons, among others. And it’s all been leading to Thirteen, the final installment, the novel that brings all of these stories to a stunning conclusion.

A war is brewing—the first battle has been waged and Savannah Levine is left standing, albeit battered and bruised. She has rescued her half brother from supernatural medical testing, but he’s fighting to stay alive. The Supernatural Liberation Movement took him hostage, and they have a maniacal plan to expose the supernatural world to the unknowing.

Savannah has called upon her inner energy to summon spells with frightening strength, a strength she never knew she had, as she fights to keep her world from shattering. But it’s more than a matter of supernaturals against one another—both heaven and hell have entered the war; hellhounds, genetically modified werewolves, and all forces of good and evil have joined the fray.

Uniting Savannah with Adam, Paige, Lucas, Jaime, Hope, and other lost-but-notforgotten characters in one epic battle, Thirteen is a grand, crowd-pleasing closer for Armstrong’s legions of fans. 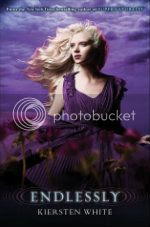 Evie's paranormal past keeps coming back to haunt her. A new director at the International Paranormal Containment Agency wants to drag her back to headquarters. The Dark Faerie Queen is torturing humans in her poisonous realm. And supernatural creatures keep insisting that Evie is the only one who can save them from a mysterious, perilous fate.

The clock is ticking on the entire paranormal world. And its fate rests solely in Evie's hands.

So much for normal. 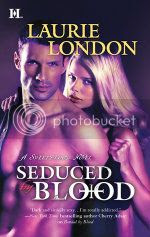 Deep within the forests of the Pacific Northwest, the battle for supremacy rages on between two vampire coalitions: Guardian enforcers sworn to protect humanity, and Darkbloods, rogues who kill like their ancient ancestors... Hot-blooded and hard-edged, Tristan Santiago has an uncanny ability to see beneath the surface-a power that serves him well as the Guardians' region commander. But when a deadly plot against his fellow vampires is uncovered, he must turn to the one woman he can't read: the beautiful yet mysterious Roxanne Reynolds, whose sensual presence soothes his tormented memories. Roxy had put love before duty once before, with devastating results. But to root out a dangerous traitor in their midst, she must put her faith in Santiago, the one man skilled enough to break through her defenses. Posing as lovers, Santiago and Roxy work side by side-and discover a powerful craving that threatens to consume them both....
Posted by LilyElement at 12:00 AM