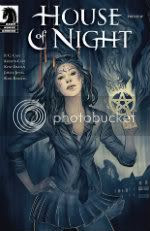 Until recently, Zoey Redbird was an average high-school student worrying about grades, boys, and breakouts. But priorities have a way of changing when you are Marked as a vampyre, enroll in the vampyre academy House of Night, and have to figure out a whole new social hierarchy, affinities for elemental magic, and physiological changes that make you crave blood. (-Goodreads) 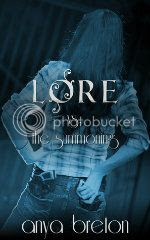 Laura “Lore” Denham’s exceptional birth has both blessed and cursed her with extraordinary abilities. As the half-divine daughter of the Greek god of Apollo her musical ability is unparalleled. She’s landed her dream job as the principle flutist for the Boston Symphony Orchestra. But the darker side of her power is that she can both heal and kill with a touch. In exchange for these abilities she’s vowed to keep the oblivious masses safe from the things that go bump in the night.

So when handsome Aiden Bruce, a vampire senator on the undead Senate, asks her to stop a ritual to summon a demon she knows she has to accept. During the investigation Laura resists her attraction to Aiden, clashes with lusty werewolves, struggles with her unconventional feelings for a seductive high priestess and denies a powerful old friend who wants more than friendship. (-Amazon)
Posted by LilyElement at 1:00 AM